Hall and Hall is pleased to represent landowners and buyers of premiere properties in Nebraska and across the country.

Living on a ranch that’s been in his family for 130 years, Mark is a broker who knows and understands ranching.

Land is Mark’s passion. He understands pricing, potential, and principles of integrity, fairness, and hard work– principles that have been woven into the fabric of Hall and Hall since 1946.

Mark is on Hall and Hall's World-Class Team

More Acreage Brokered Than Any Firm in the World

Total Sales Since 2008 – Triple That of Competitors

Brokers and Agents Working Together to Sell Your Property

Hall and Hall is America's Largest and Most Effective Land Brokerage

Request a Call See our Story

Hall and Hall sets the standard for premium land marketing, with a world-class “engine” that:

“He understood the pricing… and he listens… He spent more time listening to what I wanted and what I was looking for than trying to tell me what I should have.”

“I can recommend him without reservation to properly sell your land and keep you informed.” 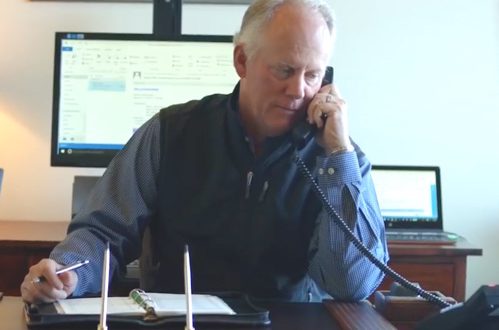 We believe that the successful approach to selling what we refer to as “investment-quality rural real estate” involves much more than simply knowing or finding a prospective buyer. We take the position that it is our job to use every tool at our disposal to create an atmosphere of desirability, credibility, and competition in which a buyer is essentially compelled to pay a top price for the property.

Over the last 70+ years we have developed a company that is completely dedicated and structured to accomplish this task. Everything we do is designed to achieve that end including the judicious use of a uniquely designed form of land auction.

We have grown from a single family office to an employee-owned company and a real estate partnership with seventeen regional offices, a truly international clientele and 24 brokers and agents who represent arguably the 24 best land brokers in America. Our annual sales now span a global geography and routinely approach $500 million and actually surpassed $1 Billion in one year.

As the owner of a world-class property, you understand your market is an exclusive network of highly qualified buyers. Having been in business since 1946, we likely know most of these buyers already. Our vast network is continuously cultivated, and with the #1 land brokerage website, we’re meeting more new prospects than anyone else. Furthermore, Hall and Hall collaborates with all other brokers in the industry to bring you the best buyer for your property. 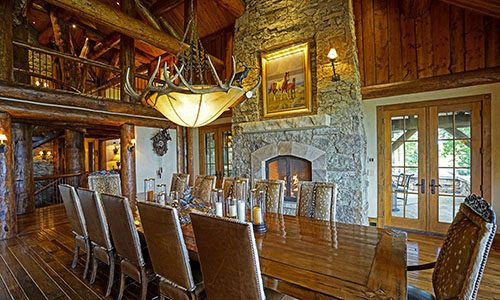 One of Hall and Hall’s biggest differentiators is its world-class publicity and media promotion team, and our work has directly resulted in numerous ranch sales. Over the last 15 years, we have generated more than $20 million in media exposure, including major news stories by CNBC, Forbes, Fortune, FOX, The New York Times, Architectural Digest, Cowboys & Indians, The Dallas Morning News, The Denver Post, The Daily Mail, The Financial Times, Texas Monthly, The LA Times, TODAY, and many more.

In 2017, we generated more than $2 million in publicity for our buyers in the “who’s who” of national and global media.

“Advertisements are what you pay for and publicity is what you pray for.”