Technology Over the Years

Hall and Hall has experienced and witnessed many significant technological innovations throughout our 75 years of business. Today we’re taking a look at some of the most significant technologies and inventions from the past and reflecting on how these changes have affected our everyday lives. Let’s get into it… 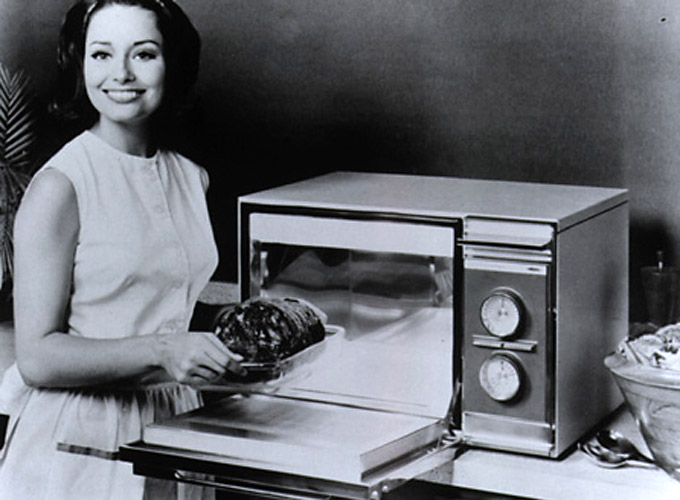 It’s hard to imagine a time where microwaves didn’t exist, as they are such an important appliance in modern day kitchens. Back in 1945, scientist Percy Spencer is standing in front of a magnetron (a power tube of radar) and feels a candy bar melt in his pocket, which inspired him to patent a “radar range” that cooks food with high-frequency radio waves and leads to the first home microwave model. Whether you’re an avid microwave popcorn fan or appreciate the ability to quickly cook or reheat your food, microwaves are a great example of accidental discovery and creative thinking.

The Boeing 707-120 debuts as the world’s first successful commercial jet airliner, ushering in the era of accessible mass air travel. The four-engine plane carries 181 passengers and cruises at 600 mph for up to 5,280 miles on a full tank. The first commercial jet flight takes off from New York and lands in Paris; domestic service soon connects New York and Los Angeles.

The term “fiber optic” is coined in 1956, but it isn’t until 1970 that scientists at Corning produce a fiber of ultrapure glass that transmits light well enough to be used for telecommunications. 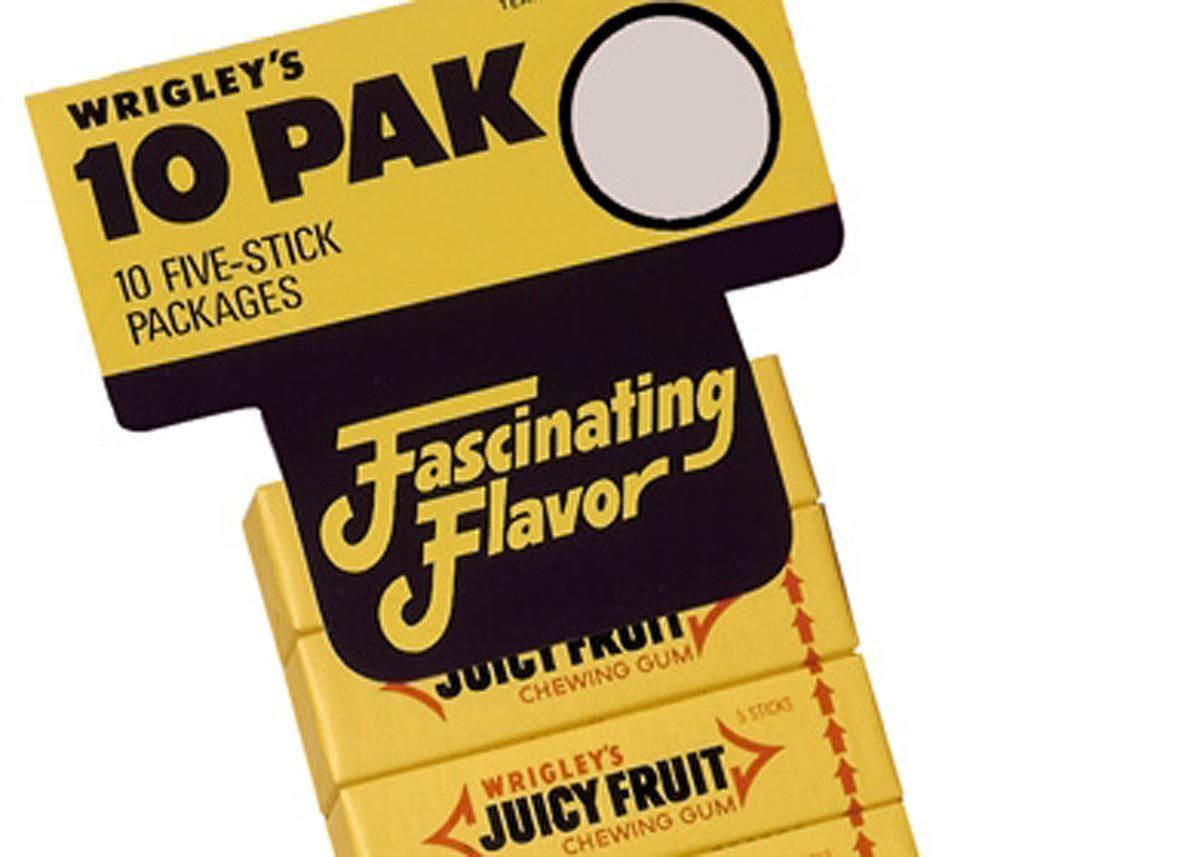 A 10-pack of Wrigley’s Juicy Fruit chewing gum is the first product to integrate the usage of barcode technology when it’s scanned at a grocery store in Ohio; the codes become the industry standard for storing pricing information at grocery stores and expand rapidly for both consumer-facing and internal tracking applications. 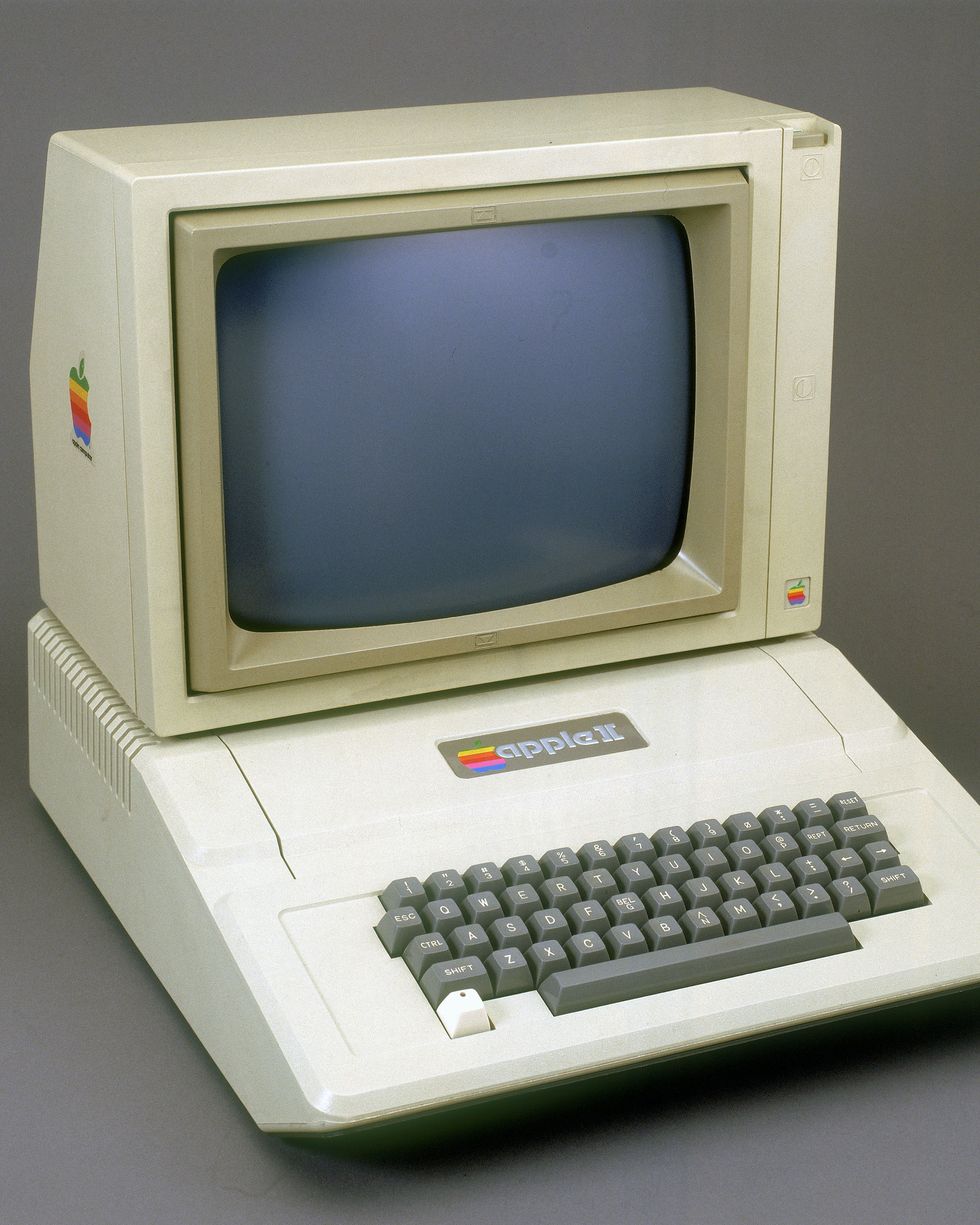 The Apple II, Commodore Pet and Radio Shack’s TRS-80 are introduced in 1977—four years before IBM, soon to become synonymous with the term “PC,” unveils its personal computer. 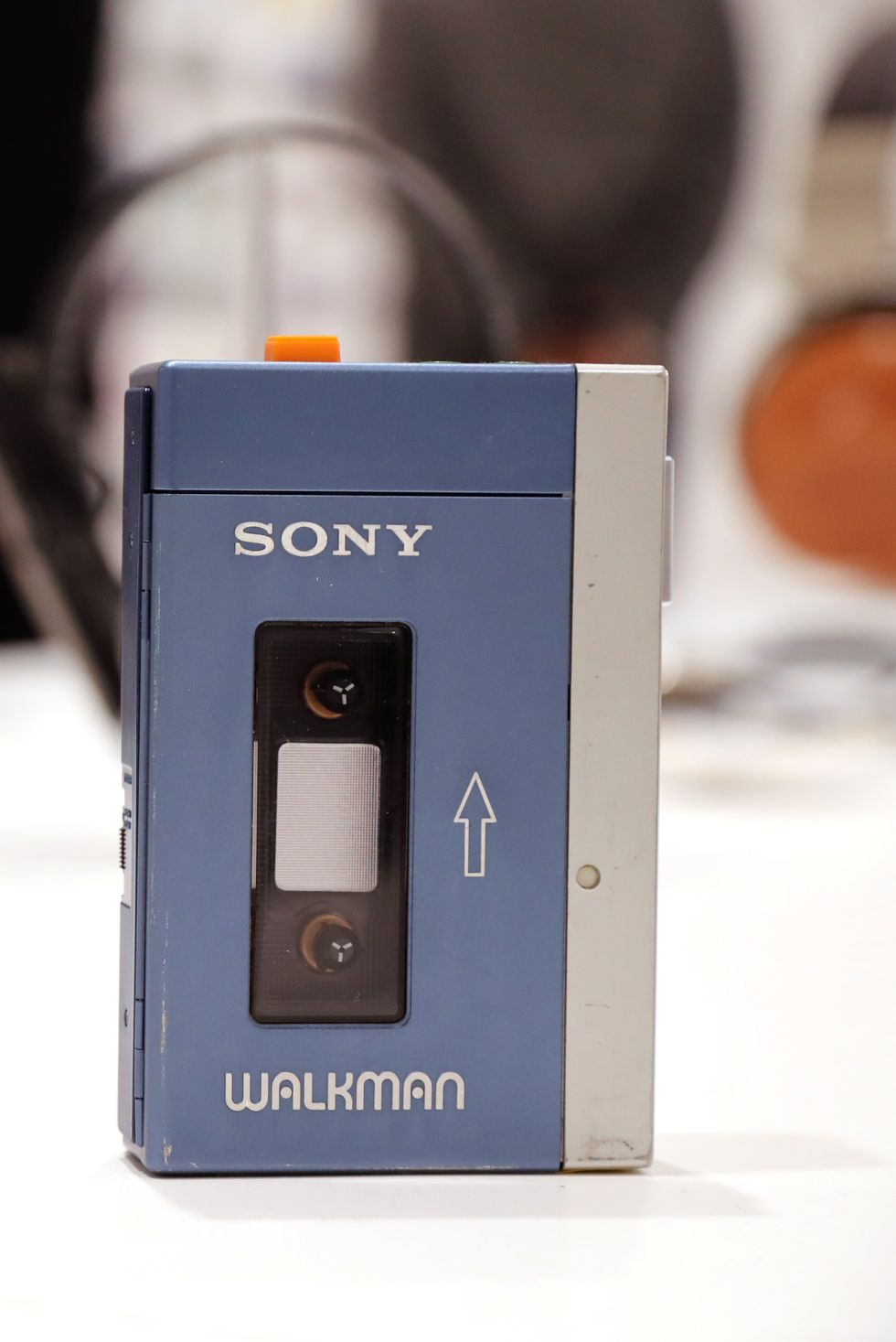 “This is the product that will satisfy those young people who want to listen to music all day.” —Akio Morita, Sony Chairman, February 1979 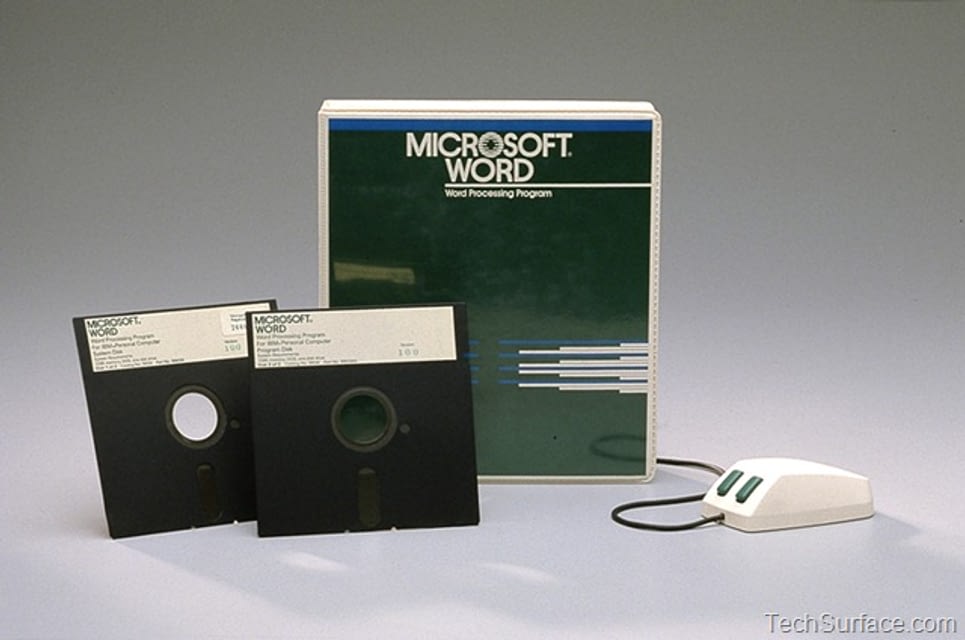 Multi-Tool Word, the precursor to the Microsoft Word text-editing program, makes its debut as free copies are bundled with the November issue of PC World. Unlike most contemporary rivals, Word is designed to be used with a mouse, and features the ability to undo typing and to display bold, italic, and underlined text. 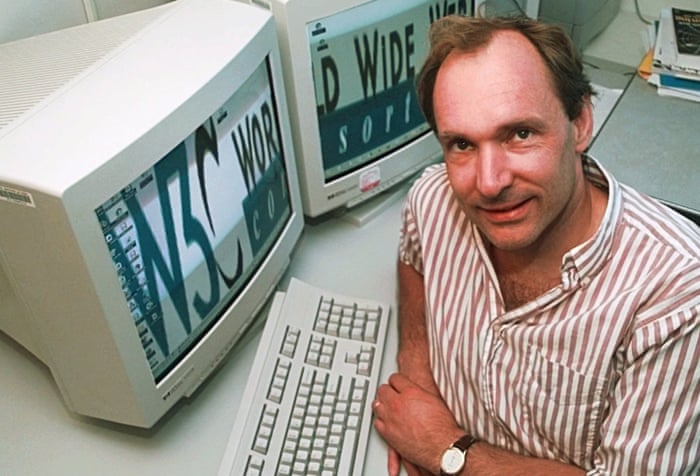 In 1989, Sir Tim Berners-Lee creates “hypertext markup language” (HTML) to make Web pages and the “Uniform Resource Locator” (URL) to identify where information is stored. These breakthroughs form the foundation of the World Wide Web. 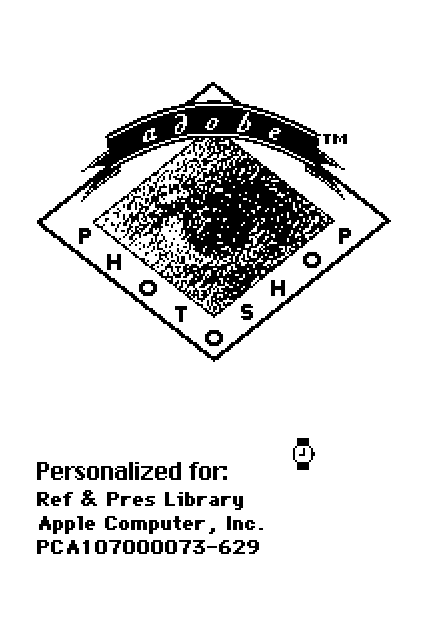 Today there are thousands of apps that make our digital lives easier, but none are quite as useful as Photoshop. First developed in 1987, the mega-popular photo-editing software wouldn’t release its first commercial version until 1990. There’s a reason this app remains ubiquitous on all our devices—it’s just that good. 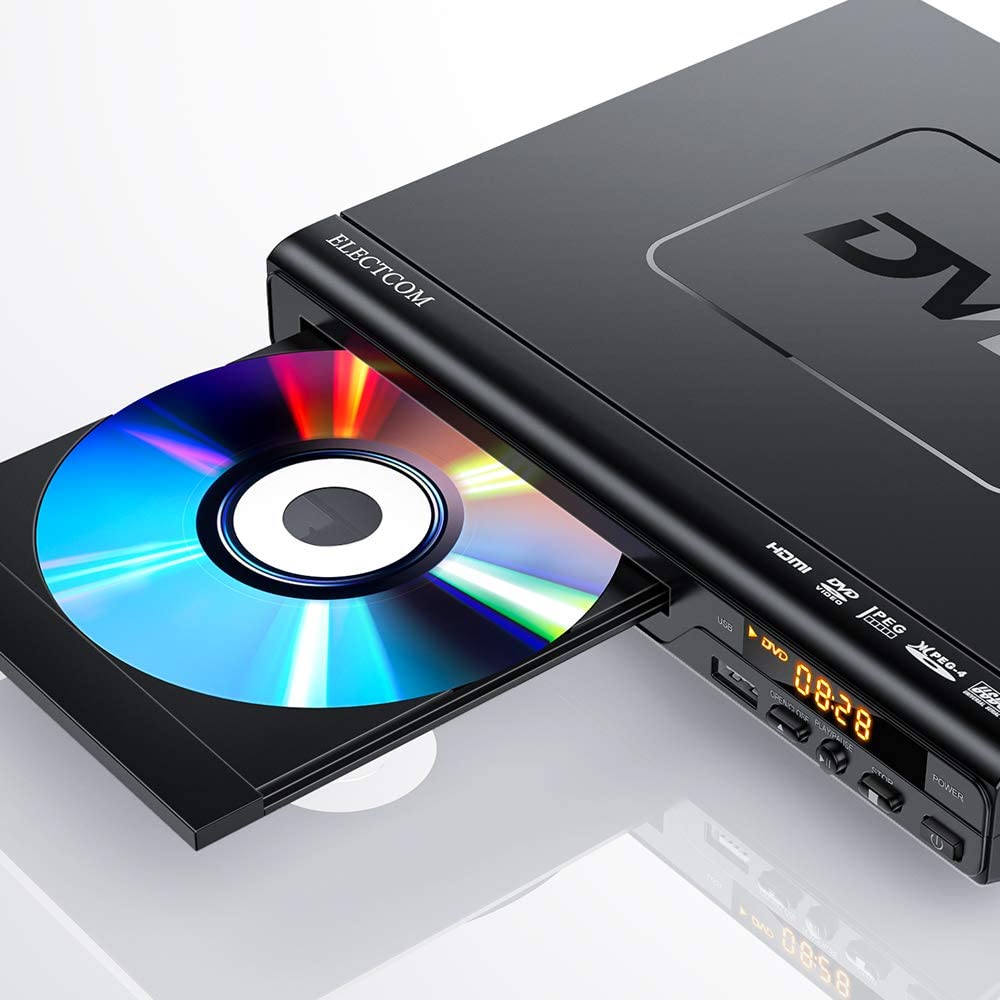 Although the DVD only lives on today through its ancestor Blu-Ray (a technology being slowly consumed by online streaming), the DVD was a massive step forward as the medium of choice in home entertainment and data storage due to its high capacity compared to other formats. The first DVD players went on sale in Japan on November 1, 1996. 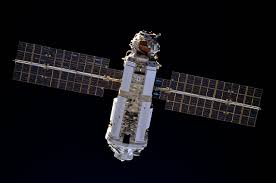 On November 20, 1998, the Functional Cargo Block, aka Zarya, launched into space as the first piece of what would eventually become the International Space Station. Home of countless experiments and a shining example of international cooperation, the ISS is testament to what humanity can achieve when we work together. 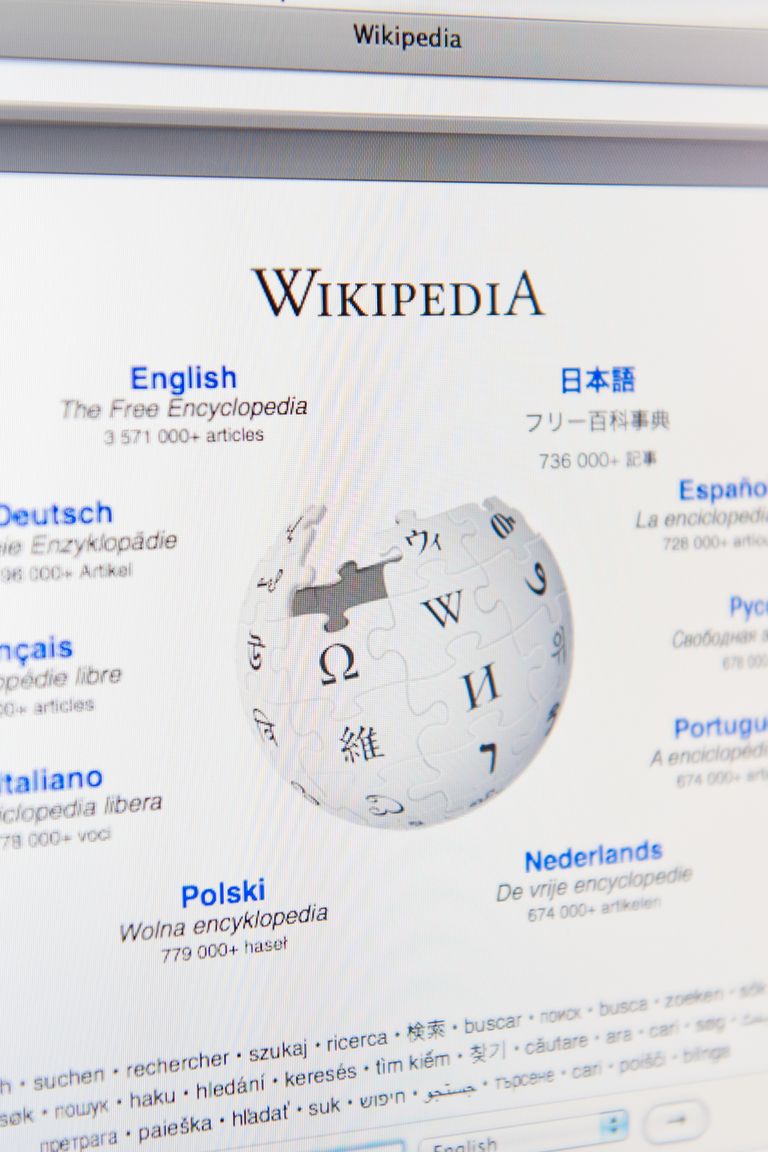 In hindsight, putting the encyclopedia online is a no-brainer. But keeping that digital encyclopedia ad-free for almost two decades—that’s incredible. Wikipedia’s user-generated model can sometimes get it in trouble, but overall it’s a program that’s become the cornerstone to finding answers online, and with any luck, it will keep doing so for decades to come. 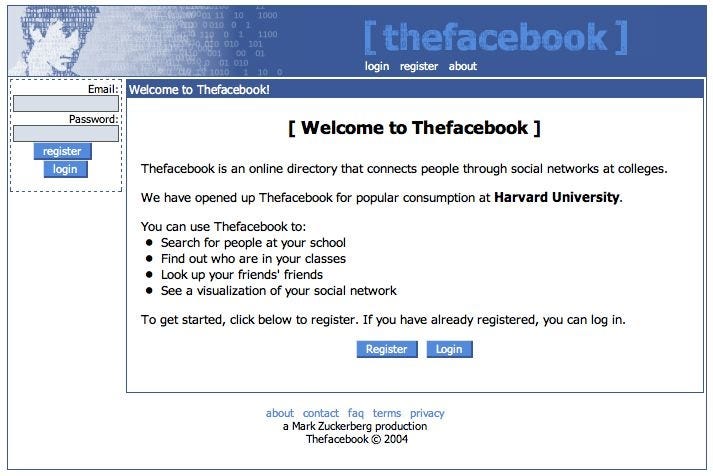 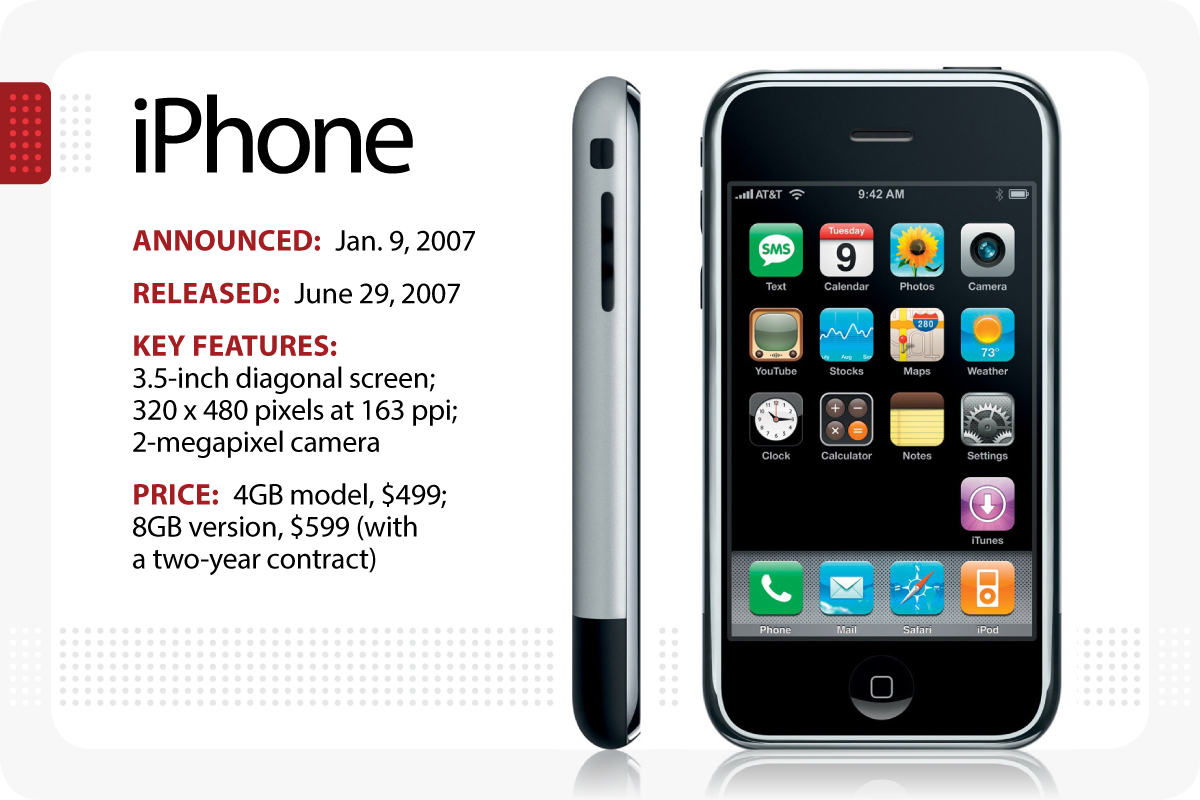 Steve Jobs introduces Apple’s first smartphone with a prank-call order of 4,000 lattes from a nearby Starbucks. The iPhone is also the first U.S. smartphone without a physical keypad, and goes on to become the best-selling gadget ever, with more than 1.2 billion sold to date, and drives the development of app-based companies like Uber, Venmo, Tinder, Snapchat—and Postmates, which will indeed deliver Starbucks. 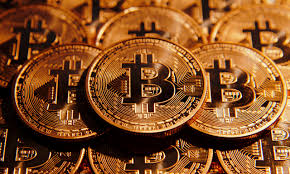 The pseudonymous Satoshi Nakamoto launches the first popular cryptocurrency, an anonymized peer-to-peer encrypted form of cash. Bitcoin uses blockchain computing to decentralize and verify payments, and is nearly tamper- (and explanation-) proof. To avoid inflation, the total number of Bitcoin is capped at 21 million. The amount of the currency in circulation increases as more are “mined,” a computing process that uses enormous amounts of power. 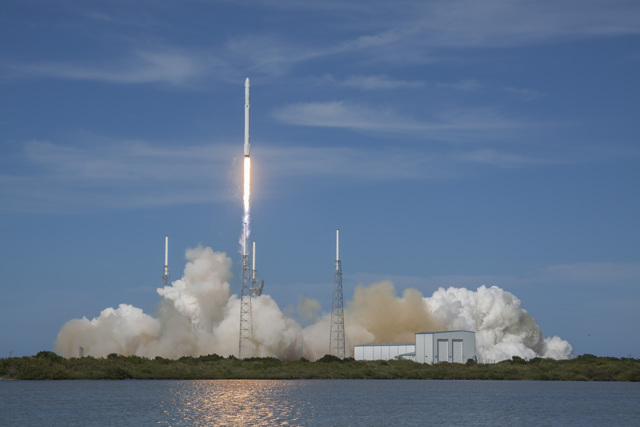 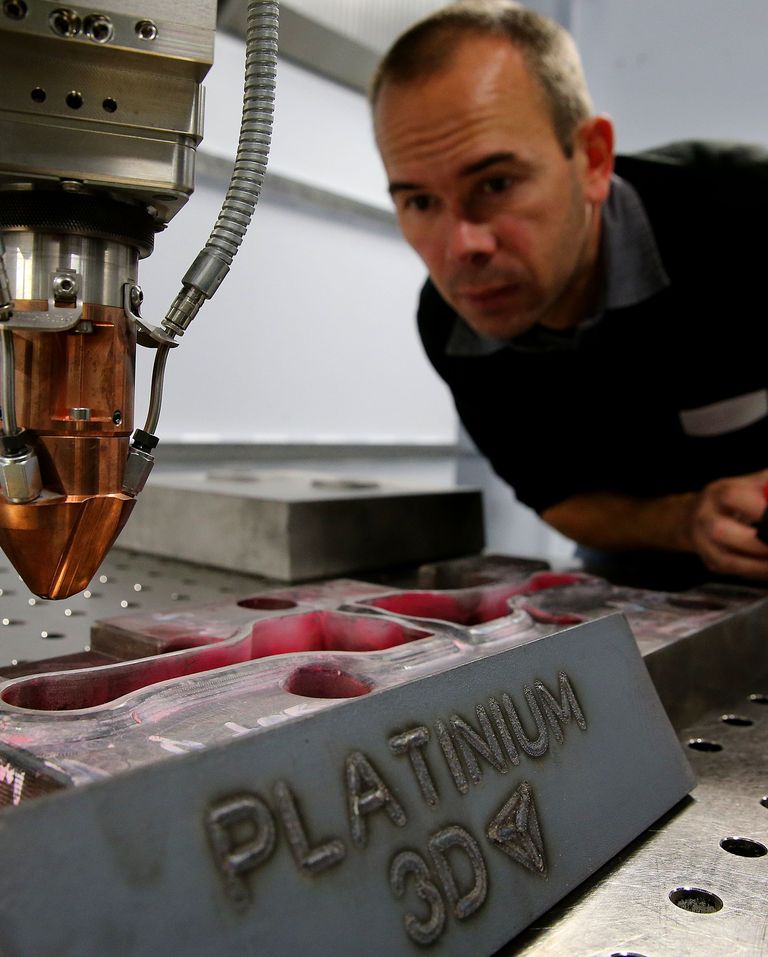 3D-printing metal parts has the potential to revolutionize the manufacturing business by speeding up production and making customization (or upholding years-old warranties) more cost-effective; parts can be lighter, stronger, and shaped in ways that traditional fabrication can’t accommodate.