“And everyone lived happily ever after… we’re serious!”

When stopping in Ten Sleep, Wyoming, for lunch, new ranch owner Tim Gardiner experienced a dose of the simpler life. He and Hall and Hall agents Mike Fraley and Peter Widener found themselves in a culinary “no man’s land”, restaurants were technically “open” but serving limited options that day. The trio stopped by Dirty Sally’s General Store, where Peter managed to coerce the general store’s owner out of a couple of bowls of soup to stave off their hunger.

Not exactly the start anyone had in mind but perfectly imperfect.  This was one of many interactions or happenstances that bonded Tim to Ten Sleep and The Diamond S Ranch. Don’t believe it was meant to be? How about the Mather Peaks rising behind the ranch and near the aptly named Buck Mountain.  Mather was his mother’s family name, and “Buck” is the name to which Tim commonly responds.

First brought to market in the Spring of 2021, it was a safe assumption that the Sellers never imagined continuing at the Diamond S Ranch following its purchase. But they had yet to meet Mr. Gardiner, a buyer born in San Francisco with a long history in Sun Valley, Idaho, and a dream of someday getting to Wyoming or Montana.

Originally a colleague of Stoney Burke’s, a Hall and Hall partner based out of Sun Valley, Tim was paired with Mr. Widener and warhorse Mike Fraley because when the going got tough, a helmet and pads were required, according to Tim. Mike’s knowledge of the local history and the struggles between the sheep and cattlemen added a locals’ knowledge, to the tenor of the story. Peter focused on recreational aspects, including fishing and exploring the property and surrounding area.

At one point, when informed that the transaction was to be a 1031 exchange and pricing negotiations had begun, Tim commented, “Your two brokers are no dummies. We got the guy hooked when we asked if we could hang the CM Russell painting in their office until the transaction closed.”

This story has a happy ending for everyone involved.  Both buyer and seller can rest assured that the Diamond S is in good hands moving forward. Thanks to a knowledgeable Seller, agents committed to partnership, Jerome Chvilicek with Hall and Hall Management helped secure the lease, and one charismatic and determined buyer, Tim has found his retreat. 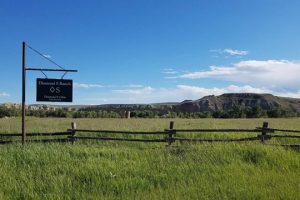 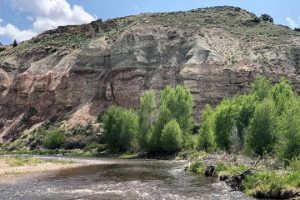 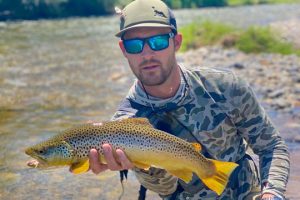