Fall is here and the leaves are changing colors. Some consider it to be the most incredible time of the year. Gorgeous colors vibrantly encoring the end of summer as the trees put themselves to bed for the long sleep of winter. Check out this interactive fall foliage map to see the timelines of leaves changing colors in your home state! 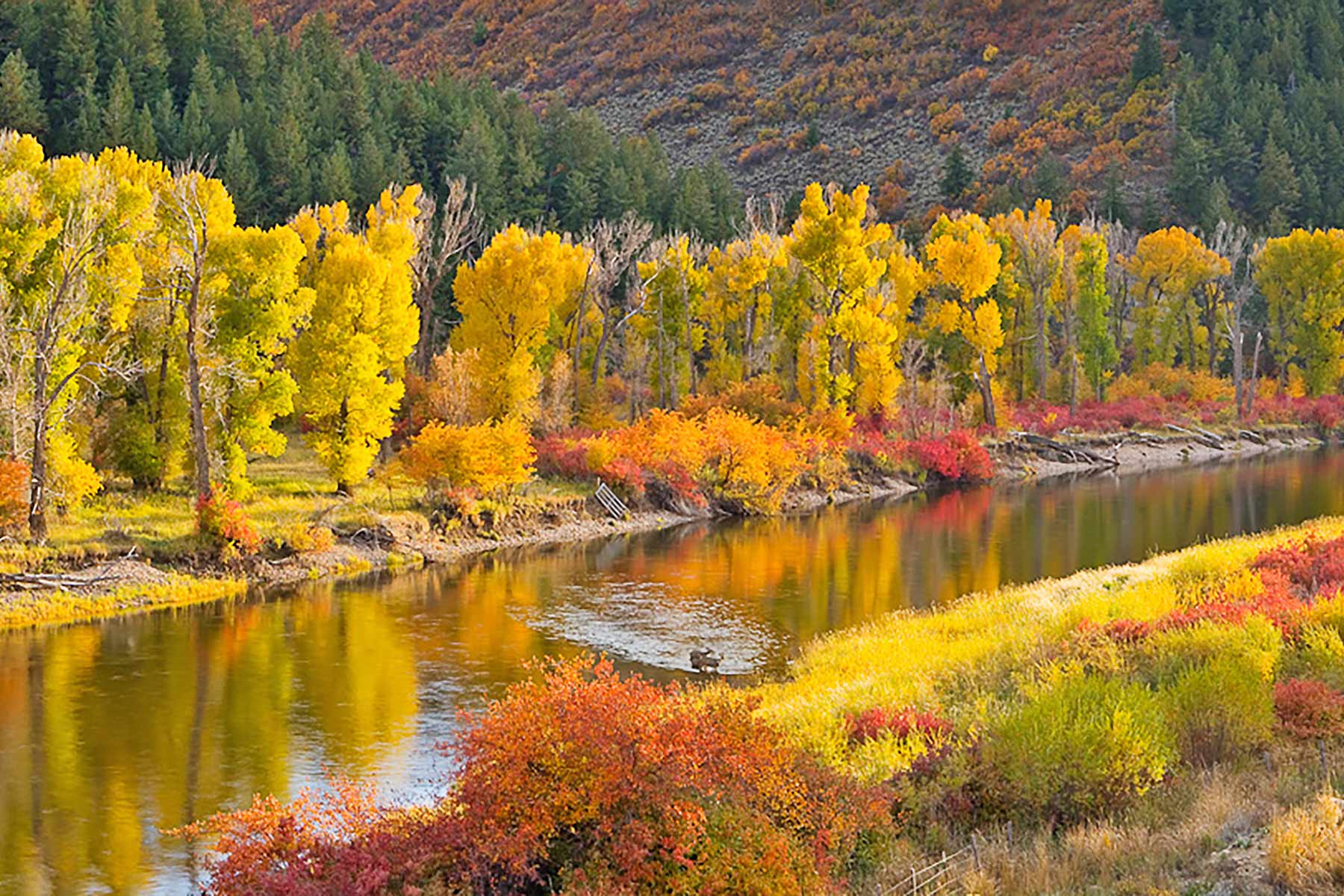 In a year where the pandemic has dictated so much of what we’re doing, it’s worth knowing when your region is going to see peak fall foliage, the days over which you have your best shot of seeing those dying leaves put their best foot forward.

“In order to accurately predict fall, our model ingests a multitude of data sources including historical precipitation, NOAA precipitation forecasts, elevation, actual temperatures, temperature forecasts, and average daylight exposure to develop a baseline fall date for each county in the continental United States,” David Angotti, Founder of SmokyMountains.com said. “Next, the model consumes hundreds-of-thousands of additional data points from a variety of government and non-government sources and layers this data over our own historical data from past years. Finally, with a high degree of accuracy, the algorithm produces nearly 50,000 date outputs indicating the progression of fall for every county in a graphical presentation that is easy to digest.” 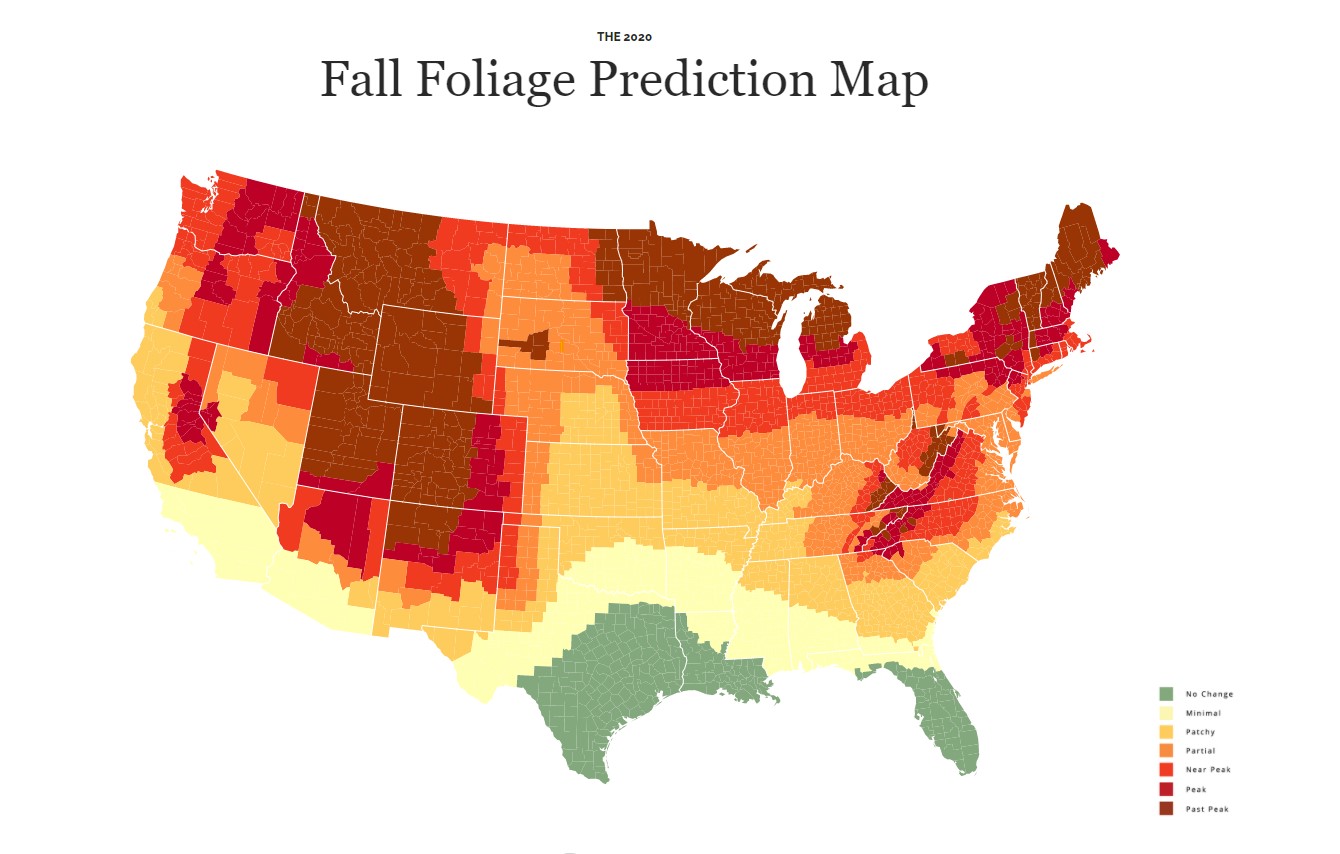 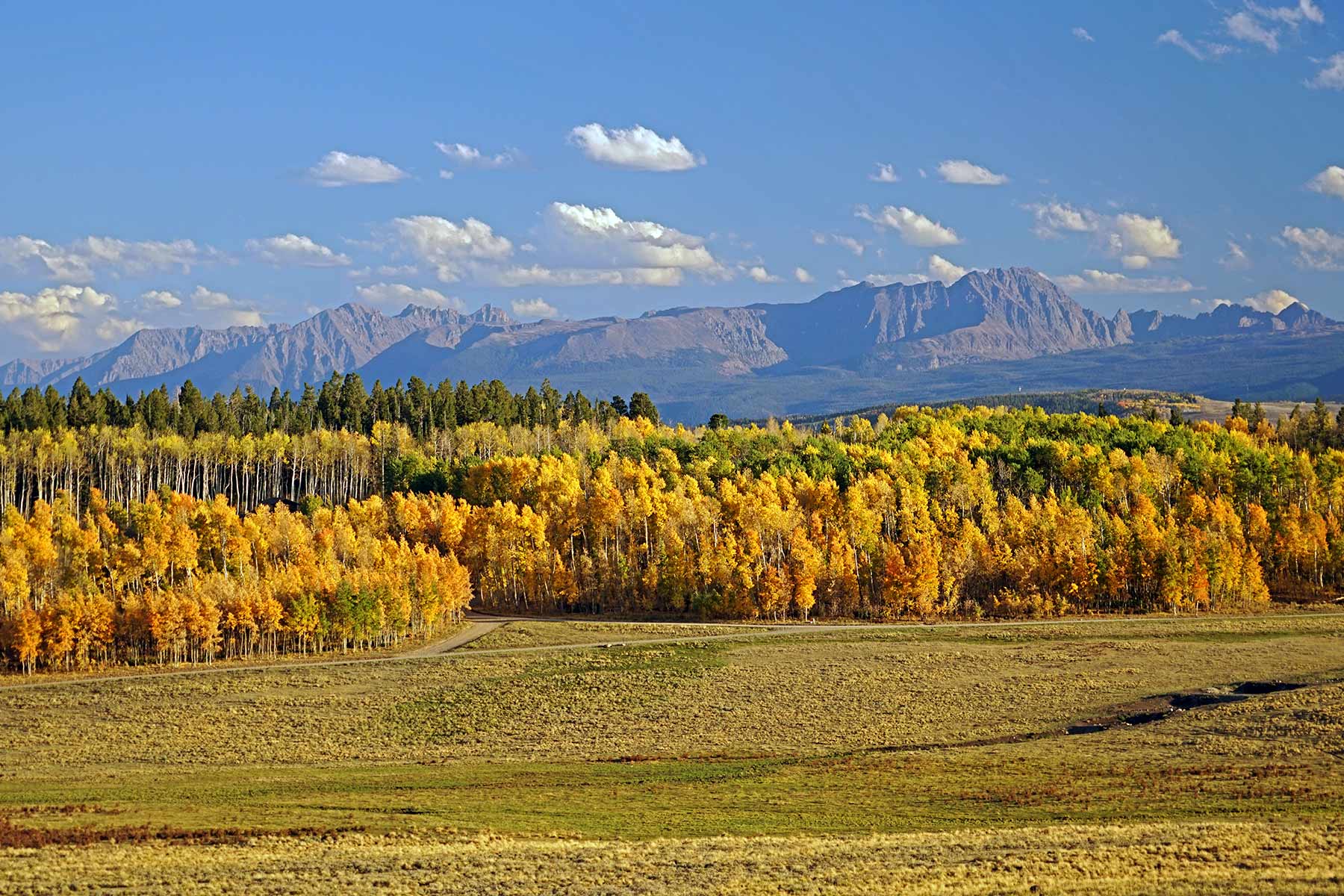 When and where peak foliage will arrive this fall:

September 14
Leaves are expected to be changing, but peak colors are just starting hitting a couple of areas. Parts of Colorado, Wyoming, Montana, and northern Minnesota around the Boundary Waters are at “near peak.”

September 21
Things are about the same this week, with many other areas getting “near peak” or at “partial” peak colors. Some of those “near peak” areas are stretching into Utah, Wisconsin, and Michigan’s Upper Peninsula. Most of Montana and the northern tip of Maine are also “near peak.” A couple of pockets of peak colors are appearing as well in Minnesota, Montana, Wyoming, and Colorado.

September 28
Out west, you’ve got quite a bit of peak leaf season arriving through Montana, Wyoming, Utah, and Colorado, as well as northern Minnesota, Michigan’s Upper Peninsula, and a small patch in northern Michigan and Wisconsin. You’re also getting those lovely colors hitting Maine, New Hampshire, and Vermont.

October 5
All those areas that were doing great up until now are projected to be “past peak,” per the map. But lots of Idaho, Utah, and a bit of northern Arizona are getting their peak colors. The areas that had peak last week have also stretched out in Minnesota, North Dakota, Wisconsin, Michigan, and the upper Northeast.

October 12
Peak leaf season has arrived in a lot more places like Iowa, the Pacific Northwest, and a whole lot of New England, including much of New York and Massachusetts.

October 26
A large portion of the northern US is almost all “past peak.” But there are a ton of places peaking, including Nevada, North and South Dakota, Nebraska, Kansas, Missouri, Illinois, Indiana, Ohio, Kentucky, Tennessee, Pennsylvania, Delaware, Maryland, and North Carolina, as well as bits of Georgia, South Carolina, Arizona, New Mexico, Oklahoma, and Texas.

November 9
Most of the country has passed its peak at this point. There’s a strip of California and Arizona that’s at peak, as well as a wave across Texas, Oklahoma, Louisiana, Mississippi, Alabama, and Florida.

November 23
Only the southernmost parts of the US are still seeing peak leaf season now. Goodbye, colorful leaves; hello, Thanksgiving.