No other big game animal embodies the wide open spaces of our country’s Western prairies and high desert steppe better than the pronghorn.

Contrary to popular belief, pronghorn aren’t actually an antelope like the species found in Asia and Africa. You’ll hear some hunters refer to them as “speed goats,” which I find slightly derogatory. Pronghorns are actually a uniquely American species that once used their incredible vision and speed to evade now-extinct Ice Age cheetahs. Today, they provide human hunters with unparalleled spot-and-stalk hunting opportunities.

In fact, there may not be a better choice than pronghorn for hunters interested in doing their first DIY, out-of-state Western hunt. Compared to elk, antelope live in relatively mild terrain where a hunter doesn’t need to be in peak physical condition to chase them around. In many places, local hunters use vehicles to cover ground and locate antelope that are close to roads. Those willing to hike just a mile off the road often get into animals that aren’t getting much pressure.

It’s not necessary to start hiking into your hunting area well before daylight or to hike out after dark, either. Because they live in open country, where tree cover is limited or non-existent, it’s possible to hunt pronghorns all day. Unlike deer and elk, which may only expose themselves early in the morning or late in the evening, you’re just as likely to kill a pronghorn at noon as at first or last light. They’re also pretty easy to find—provided you’ve got a good set of optics for long-range glassing.

If you’ve never done a Western spot-and-stalk hunt, pronghorn will teach you a lot of skills that will prove valuable later on mule deer and elk hunts. Additionally, success rates on pronghorn hunts average much, much higher than other big game species (sometimes as high as 90%). This means it’s fairly likely you’ll bring meat home from your hunt, though never guaranteed. These states are our top choices for a first-time pronghorn hunt. 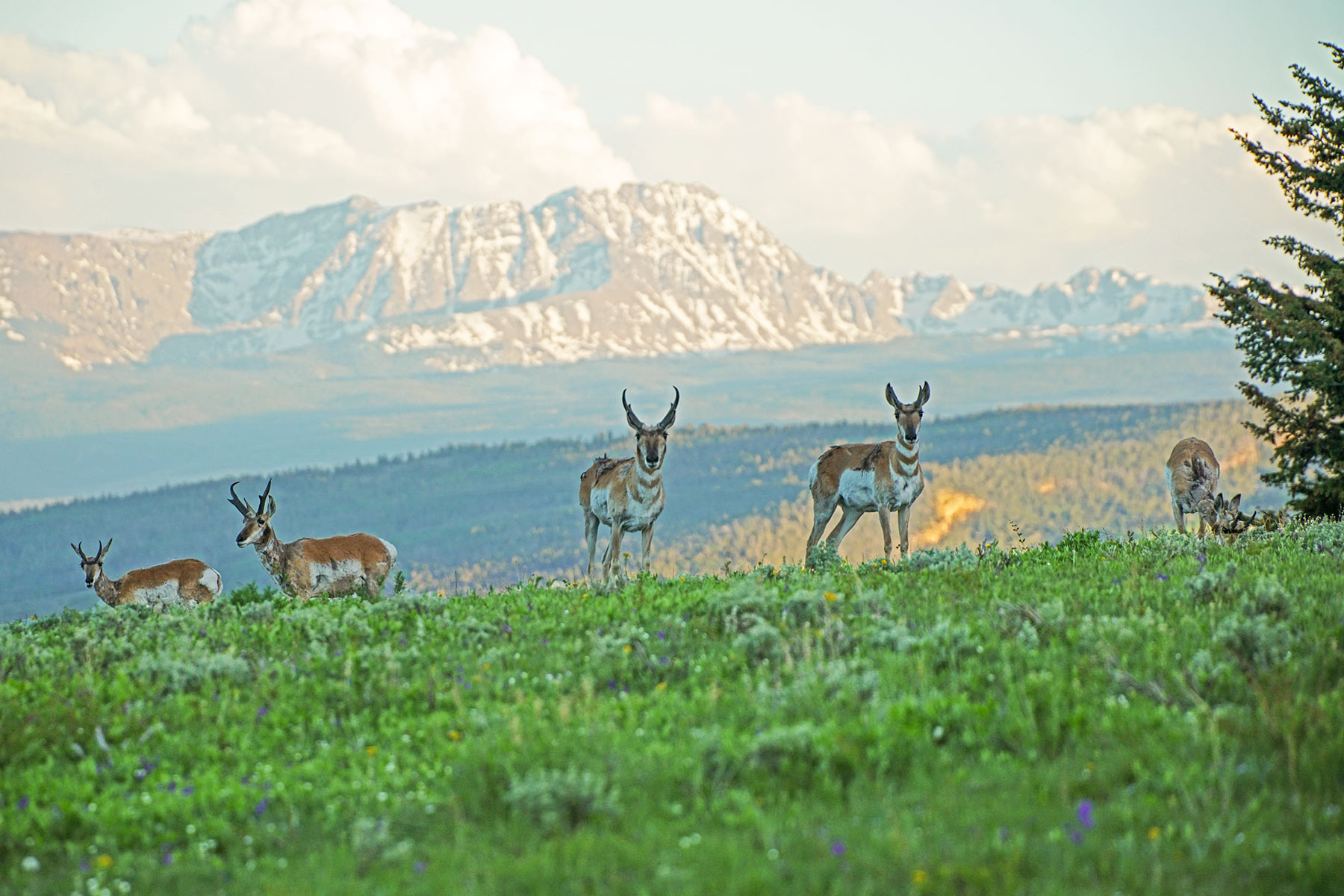 Wyoming has the largest antelope population in the country. In 2010, the state was home to half a million animals. It’s often said that there’s more antelope in Wyoming than people, but a succession of tough winters and summer droughts knocked back their numbers to around 400,000 a few years ago.

Fortunately, the population has been climbing recently and Wyoming remains, without question, the top choice for out-of-state DIY antelope hunters. Simply put, Wyoming has it all—lots of antelope, lots of trophy-sized bucks and lots of public lands.

Public access is plentiful in the western half of Wyoming. There, federal BLM lands are abundant and support a lot of antelope. Demand for tags in western Wyoming is high, and hunters may need to apply for a few years before drawing a license. It’s worth the wait if you’re a public lands hunter who enjoys easy access and plenty of room to roam.

In the eastern half of Wyoming, antelope tags are easy to draw, but hunters will have to work harder to find public access. Most of eastern Wyoming is private, but hunters shouldn’t let that stop them. The state provides public hunting access to private property through their Walk-In-Only and Hunter Management Areas programs.

Additionally, small chunks of state and federal lands are often ignored by many eastern Wyoming hunters, which is a mistake. These public parcels may be only a few hundred acres in size, but that doesn’t mean they don’t hold antelope. Use your onX app to locate and access these hidden spots.

No matter where you’re hunting, also consider using your onX app to identify private landowners who might allow access for pronghorn hunting, which is often much easier to acquire than access for elk or deer. Some landowners will occasionally allow free access while others commonly provide it if hunters are willing to pay a trespass fee. These trespass fees are often quite reasonable.