Muleshoe Ranch represents a well-balanced agricultural and recreational offering and stands out as a best of the best in today’s market. From its deep roots in local and Native American history to its unique blend of diverse terrain, abundant river and creek frontage, well-managed cattle and hay operation and public lands boundary – this ranch has it all. Well-appointed residences and working improvements and facilities round out this exceptional ranch. The self-stainable cattle operation complements the abundance of recreational pursuits on-site, as well as locally in one of Idaho’s most scenic valleys known for its wild whitewater rivers and abundant wildlife and backcountry. The Muleshoe Ranch is a must see!

View 60 Photos View Interactive Map Save Property
Back to List

Rich in local history, the Muleshoe Ranch is a well-rounded, true production cattle and recreational ranch located along the banks of the Lemhi River just 17.5 miles southeast of Salmon, Idaho, the County Seat of Lemhi County. Year-round access is provided via State Highway 28 right to the ranch’s front gate. Comprised of 1,855± deeded acres, the Muleshoe Ranch controls approximately 2.5 miles of the Lemhi River, as well as 2.1 miles of Pattee Creek flowing out of the adjacent public lands. With a year-round owner rated carrying capacity of 600+ head, the ranch provides adequate water for irrigating approximately 634 acres of cropland and hay meadows with an average hay production of 1,750 ton per year of grass hay and alfalfa. Irrigation water is delivered via two pivots, wheel lines, and flood irrigation. The Muleshoe Ranch is the sole operator on the adjacent BLM, national forest, and Idaho state land grazing allotments, which amount to an 800 head permit beginning in early May and running through October 20 for a total of 4,200 AUMs. This expansive grazing allotment, which spans the Continental Divide and up to Montana, is comprised of 19 rotation pastures, 21 water developments via water troughs, pipelines and spring boxes, and is approximately 15X12 miles in size. There is a total of seven residences throughout the three farmsteads on the ranch. These residences vary in size from small hunting and fishing guest cabins to modest ranch manager’s and employee housing, to the beautifully restored owner’s residence, which was the old Red Rock stage station from 1866 to 1910. The home was remodeled and updated in the 1990s and has been added onto, as well. In addition to the residences, the Muleshoe Ranch has a complete set of working and handling facilities which include a large shop and loft barn, fuel tanks in a contained station, various equipment and machine sheds, hay barns, truck and livestock scales, feedlot and calving sheds, and extensive corrals.

The ranch offers an array of recreational amenities in addition to its productive agricultural components. A tributary of the Salmon River, there is approximately 2.5 miles of willow and cottonwood lined banks of the Lemhi River flowing through the ranch. The river originates 25 miles south of the Muleshoe Ranch at its headwaters near Leadore, ID. From there, it picks up several smaller springs and streams along the way before arriving at its confluence with the Salmon River. The Lemhi River is known for its critical spawning habitat for the wild steelhead and salmon that make the long journey from the Pacific Ocean all way to the river’s upper reaches to spawn. There are also healthy numbers of rainbow trout and bull trout found throughout the system. As you make your way from the river bottom to the upper reaches of the ranch, you will find deer in the irrigated hay and pasture meadows, as well as in the sagebrush hillsides and pivot irrigated acreage on the bench. The deer and elk will also migrate and seek shelter along the tree-lined corridor of Pattee Creek as it exits the expansive public lands of the BLM east of the ranch, which also connects to national forest.

The Muleshoe ranch is as equally rich in history as it is in recreational and agricultural amenities. In August 1805, the Lewis and Clark expedition crossed the continental divide at the Lemhi Pass approximately 10 miles to the east of the Lemhi River and Muleshoe Ranch. There, the group encountered a tribe of Shoshone Indians, one of whom turned out to be Cameahwait, brother of Sacagawea. It is said that the birthplace of Sacagawea was along the banks of Pattee Creek at a Shoshone camp, which was located on what is now the Muleshoe Ranch. In 1855, a group of Mormon missionaries came from Utah to establish a remote colony known as Fort Lemhi, located on the ranch just below one of its benches. A religious settlement rather than a military fort, the Salmon River Mission grew to more than 100 settlers before conflicts with the local Indian tribes forced them to abandon the valley in 1858. However, during the missionaries’ time here, they identified a tract of farmland downstream and dug a ditch off of Pattee Creek farther upstream. After ploughing several acres of land, they turned the water on and ran it through the ditch to irrigate the newly planted crops. This was the first irrigation project in the great Northwest and some of these historic irrigation ditches are still used today. Part of an old adobe mission wall still stands on the Muleshoe Ranch, as well as the Fort Lemhi Cemetery and a monument in honor of the Salmon River Mission and those who lost their lives.

Muleshoe Ranch represents a well-balanced agricultural and recreational offering and stands out as a best of the best in today’s market. From its deep roots in local and Native American history to its unique blend of diverse terrain, abundant river and creek frontage, well-managed cattle and hay operation and public lands boundary – this ranch has it all. Well-appointed residences and working improvements and facilities round out this exceptional ranch. The self-stainable cattle operation complements the abundance of recreational pursuits on-site, as well as locally in one of Idaho’s most scenic valleys known for its wild whitewater rivers and abundant wildlife and backcountry. The Muleshoe Ranch is a must see! 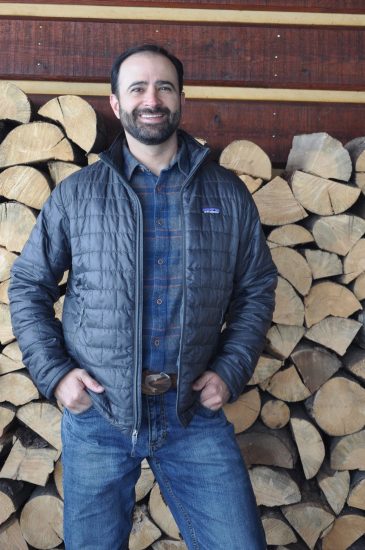 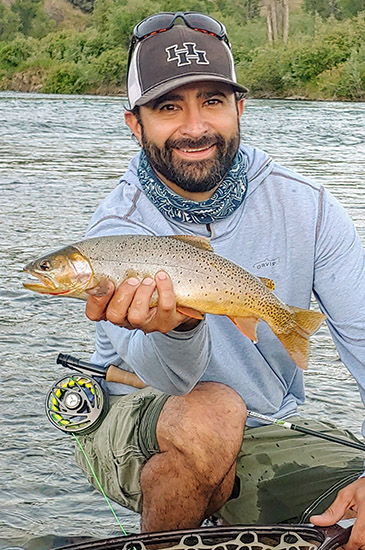 Operating ranch in the foothills of the Pioneer Mountains with 1,885± deeded acres, two grazing permits, and over two miles of spring-fed Huff Creek. Forty-five minutes from the airport in Hailey.