All in all, the BOSS Ranch is a gem of a property with superior water capability, extraordinary wildlife, fantastic grazing, the inclusion of state classified and fee minerals, simple yet highly functional improvements, with named mountain ownership (Leonard Mountain) and views. If West Texas is on your mind, the BOSS Ranch is a must-experience property ready for a new owner to enjoy for generations to come. It’s a rarity to find such a complete opportunity in the West Texas mountain range.

Situated in the picturesque Glass Mountains of West Texas, this showcase 10,900± acre ranch encompasses recreational and agricultural resources all in one package. The BOSS Ranch is unparalleled among west Texas ranches with its combination of diverse landscapes, highly developed water resources, exceptional wildlife, and grazing lands all with frontage along Highway 385. The property is a simple 7.2 mile drive to the quaint town of Marathon, home to the historic Gage Hotel, White Buffalo Bar, and 12 Gage Restaurant. There is a convenient FBO located 30 miles away in Alpine and commercial flights available 163 miles away in Midland.

The ranch climbs over 1,600’ from the flatlands at the entrance to the 5,839’ peak of Leonard Mountain. Multiple locations over 5,500’ are found across the northern portion of the property and look down to the lowland flats towards the center of the ranch. Improvements on the ranch are simple and low maintenance, yet highly functional. They consist of two residences, a modest hunting lodge, workshop, support buildings, and three sets of cattle pens.

Diversity of terrain and the extensive water system combine to support the cattle herd as well as resident wildlife herds. The ranch has an exceptional mule deer population, bountiful elk, and herds of aoudad are found throughout the property. Other species include javelina, and the occasional whitetail and pronghorn antelope. Big-game hunting is outstanding and generates a significant revenue stream for the current owner. The owner has historically run 200 animal units to promote resident wildlife, but believes the ranch could support a higher number if desired.

The BOSS Ranch is a gem of a property with a superior water system, extraordinary wildlife, fantastic grazing, and simple yet highly functional improvements in a gorgeous West Texas setting. The ranch has significant state classified minerals and a portion of the fee minerals are available with an acceptable offer.

The ranch is set up as an ideal hunting and cattle operation. It’s home to free-range mule deer, aoudad, elk, whitetail, and javelina and has an estimated maximum of 300 AU carrying capacity for the cattleman. The ranch climbs over 1,600 feet from the entrance flats to the high-point of Leonard Mountain (5,872 feet), with multiple locations over 5,500 feet spanning across the northern portion of the property all looking down on the lowland flats towards the center of the ranch and their respective canyons on the reverse end. There are roughly 16 miles of piped water from north to south, 30+ drinkers, three water storage facilities, and three solar pumps. Water is readily available in all pastures, flats, and cayons within the property’s boundaries. With such a profound water system, wildlife remains resident on the ranch, and it is common to see three to five species of big-game while on an afternoon drive. The ranch has 15 pastures designed for rotational grazing.

All in all, the BOSS Ranch is a gem of a property with superior water capability, extraordinary wildlife, fantastic grazing, the inclusion of state classified and fee minerals, simple yet highly functional improvements, with named mountain ownership (Leonard Mountain) and views. If West Texas is on your mind, the BOSS Ranch is a must-experience property ready for a new owner to enjoy for generations to come. It’s a rarity to find such a complete opportunity in the West Texas mountain range.

The BOSS Ranch is located just eight miles from Marathon, Texas in Brewster County off Highway 385 then on to Hwy 90 and onward another forty minutes from Alpine. Marfa and Fort Davis are 65 miles from the ranch. Its approximately 2.25 hours from Midland Odessa and roughly 3.5 hours from El Paso.

Marathon was founded by open waters Captain Albion Shepard in 1882. He appropriately named the Texas town after stating that the area reminded him of Marathon, Greece. Marathon has a population of 430 with the fine and famed Gage Hotel and White Buffalo bar and restaurant along with Big Bend National Park just 40 miles away. In our modern world of excessive light pollution, an unfamiliar attribute to the area is the designation of being a “Class 1 Dark Sky” (as dark as it gets), which attracts atronomers and stargazers from all over the country. The BOSS Ranch is found near the northeastern tip of Brewster County within the Glass Mountain Range with nearby Sul Ross University located in county at Alpine. The university’s 2018-19 fall enrollment was 2,775 with an average undergraduate class size of 13.2.

The area is a semiarid climate with an average annual rainfall of about fourteen inches and one and a half inches of snowfall. Temperatures are traditionally between 91F (June) in the summer and 29F (January) in the winter with low humidity.

The ranch climbs over 1,600 feet from the entrance flats to the high-point of Leonard Mountain (5,872 feet), with multiple views in excess of 5,500 feet spanning across the northern portion of the property all looking down upon the lowland flats towards the center of the ranch and their respective canyons on the reverse end. Even with such varied terrain, the ranch can be aggressive yet gentle and widely accessible. This diversity equates to its own tailored ecosystem ideal for wildlife, grazing, and endless recreational opportunity.

The BOSS Ranch is 15 fenced pastures ranging in size from a 92± acre trap to 1,872± acre pasture, all with supplied with water.

The headquarters pasture is approximately 5.5 acres with a grand set of cattle pens along with modest but nice homes and other improvements. The owner’s home is approximately 1,500 square feet, two bedrooms with third room for an office or bedroom conversion. The hunter’s lodge is approximately 1,700 square feet with two private bedrooms, one large bunk bedroom, with four shower stalls, large screened-in patio and porch. There is a quaint guest house that is 800 square feet with three bedrooms and two baths. Also in the vicinity is a large steel frame shop/barn of about 75’X40’ with concrete floor and an attached 75’X40’ frame for equipment storage with caliche floor. Along with two older feed, storage, and shop barns, approximately 800 to 1,000 square feet each. The large set of pipe working/shipping corrals consist of four small paddocks and two large paddocks, alley, circular work area and loading chute, and a half-acre plus holding lot.

The ranch also has state 2,225.9± acres of classified mineral rights associated with the property and the potential for a portion of the fee minerals upon transition.

Based upon past years, annual taxes are estimated at $6,915.93 for land and improvements.

The ranch has an exceptional mule deer population, bountiful elk, and herds of aoudad (Barbary sheep) are found throughout the property. Other species include javelina, prairie dog towns, the occasional whitetail, and the odd pronghorn antelope. Upland bird species include Blue Scale quail and the not so common Gambel’s quail. Big-game hunting is outstanding, and is a definite revenue stream, should a potential owner not wish to enjoy it all to themselves.

In addition to the stellar hunting, the BOSS Ranch is a recreational playground with unlimited opportunities to horseback ride, hunt for Native American arrowheads artifacts, hike, mountain bike, ATV/UTV 4x4 ride, and of course birding and endless photographic possibilities.

The BOSS’ claimed its fame in the Braford cattle industry in the 1980s-1990s and has been an operating cattle ranch ever since. The ranch at its peak would be capable of handling 300 AU, but the current owners have maintained around 200 AU throughout their tenure, with fewer than 50 AU residing on the ranch today. With its well thought out fifteen pastures it makes rotational grazing simple and seamless. The ranch has also received the ‘Excellence in Grazing Management Award’ by The Society of Grazing Management, and award for stewardship. 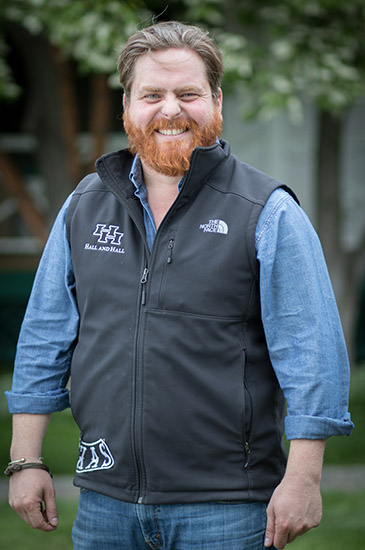 The Overlook ranch is 145± acres with Kerrville views, 20 miles from Fredericksburg, multiple build sites, and Highway 16 frontage. A flowing spring is the primary water source for wildlife.

Located between Dallas and Houston, IBCR is an exclusively beautiful getaway. Game fenced, heavily timbered, and with improved infrastructure, the ranch is perfectly suited for the family that hunts and plays together.