I had the wonderful opportunity to roam around some beautiful country with my beautiful girlfriend in southeast Alaska near the end of August. This was a great time to visit the last frontier state. The mosquitoes were minimal, and the weather was just beginning to feel like fall. Cool crisp mornings and beautiful sunny afternoons; it reminded me of the high-country September in Colorado. We got very lucky with the weather. We had minimal rain and no major fronts push through while we were there. I flew from Denver, to Seattle, then on to Juneau, AK. I then took a small sea plane to Haines, Alaska. During this flight the landscape was magnificent. Mountains, much steeper than the Inland Rockies, dramatically shooting from the sea. Haines is a charming small town that reminded me of the few left non-touristy Colorado mountain towns. Friendly people offering advice on where to go, what to see, and where to fish. 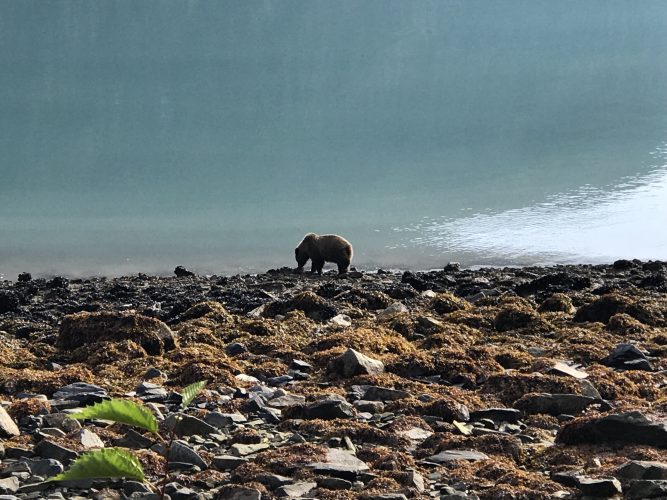 We loaded up our backpacking gear and rented a small pick-up. We first headed up the Chilkat River to check out the Chilkat Bald Eagle Preserve, an expansive 48,000 acre river bottom created by the state in 1982 to protect the world’s largest concentration of Bald Eagles and their critical habitat. Over 3,000 eagles have been counted during their fall congregation (October-February). We saw some eagles on the preserve and couldn’t imagine what it would be like the late fall in winter. In the tributaries we saw Sockeye Salmon on their final journeys back to freshwater and plenty of carcasses torn to shreds by bears. 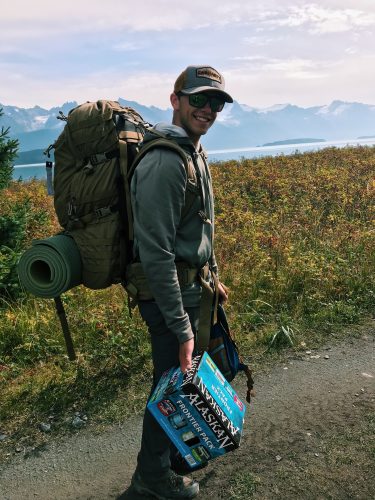 We next headed up the Chilkoot River, where we figured we would chase Salmon and bears around. Or get chased by bears chasing Salmon around. We were lucky enough to find both and some. Where the ocean met the river, we saw sea lions, and numerous large scavenger and predator bird species feasting on salmon.  Eagles were plentiful both soaring above and feasting on salmon. Once to the river, I caught pink salmon as bears worked up and down the river doing the same thing. Both Brown Bears and Black Bears would slowly wade the river and every once in awhile swipe a snack to munch on. I learned that though the coastal Brown Bears are still within the same species of Grizzly Bears, they are larger and generally less aggressive. They spend most of their time scavenging all that the ocean shore and river systems have to offer. 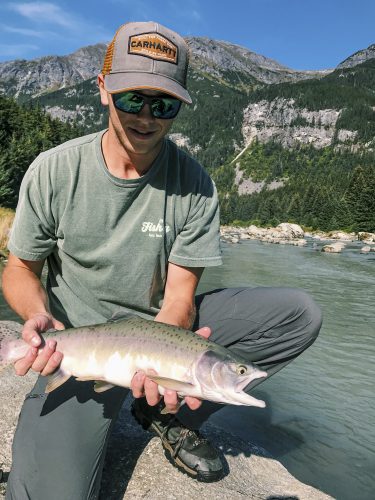 The last leg of our trip consisted of a canoe trip up to the Davidson Glacier. I was awestruck by the size of the glacier and the flow output it had. Rapids were formed underneath the glacier where water rushed from ice caves. The rocks surrounding the glacier were smooth and had scars across them from previous glacial melt.  The color changed throughout the glacier from greyish white to vibrant blues. 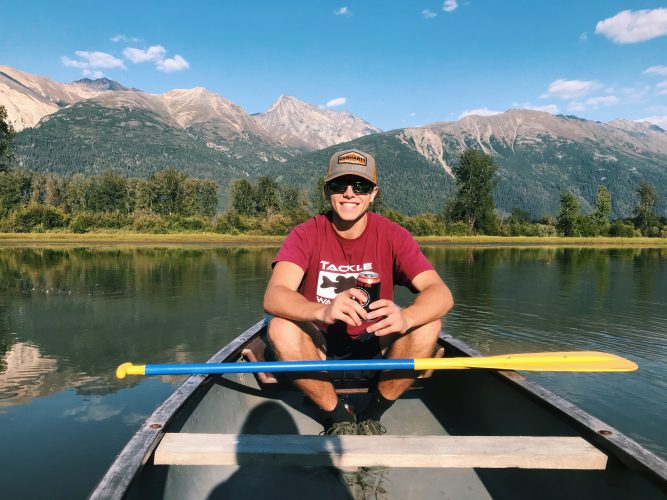 My quick trip to Alaska was full of adventure and I couldn’t be happier with it. My biggest takeaways were: 1. The undeniable importance of the salmon as a resource for both wildlife and the Alaskan economy. It is easy to read about how important and unique this resource is, but it is another thing to see it firsthand. The salmon making their final journey back to their breeding grounds provide hundreds of species of wildlife a food source, not to mention an economic impact from both tourism and commercial fishing. 2. Alaska is truly the last frontier. The terrain is rugged and there is so much to explore. I visited such a small portion of the state and it seemed massive. This certainly will not be my last Adventure in Alaska. 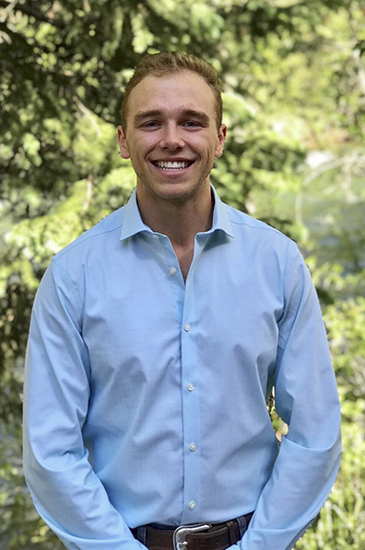