Hall and Hall’s most talked about auction in 2019 will most likely be talked about for quite a long time. In December of 2018 we were contacted to market 546± acres along with 6.75 Highland Ditch Shares and 176 C-BT water units located about 25 miles north of Denver. We knew this would create competition between farmers, developers and municipalities. Our clients, the Sekich family, is a very well-known farming family with agriculture running in their blood. Fred Sekich along with his brother owned and operated the local John Deere store for decades. We were hired to sell property owned by the Fred Sekich family. The family had developed strong relationships with farmers throughout the community and wanted the property to be sold in a process that would be fair to everyone. We worked for several months along with the county and the local water authorities to design an auction that would be appealing for all. The farm and water was offered in 60 parcels and any combination of the parcels. At the end of the day it ultimately sold to 21 successful buyers out of the 96 registered bidders.  The auction totaled $15,545,920. Record high prices were set for C-BT Units at $65,867 and Highland Ditch shares at $304,000. The averages were $55,867 and $268,667 respectively. 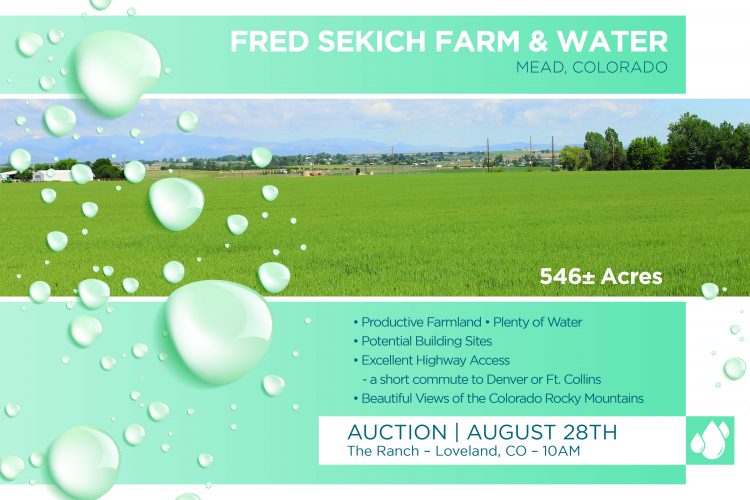 Contact us today or fill out the form below for more information about how Hall and Hall Auctions can serve you!