How Snowpack Affects Ranchers in the Rockies

A common motto of farmers and ranchers throughout the Rocky Mountains is “whiskey’s for drinking and water’s for fighting.” The meaning of this motto became apparent as I grew up farming and ranching in the mountain valleys of southwest Montana.

In the high desert of the Rockies, we never had the luxury of getting predictable and timely seasonal rains for our crops. Instead, farmers and ranchers in these mountain valleys relied on reservoirs getting recharged from mountain snowpack that falls and accumulates each winter to supply irrigation throughout the summer months. Winter snowpack not only is needed for irrigation but also to recharge groundwater and streams. Mountain meltwater and runoff can “account for as much as 50 percent of the world’s fresh water and as much as 75% in intermountain west of the United States.”

The relationship between snowpack and snowmelt seems quite simple, but some many variables can affect the eventual output of water that replenishes aquifers and flows into streams. Snowpack is the accumulated snow that falls during the colder months, and it turns into snowmelt when it thaws in the spring and summer months. Factors such as air temperature, moisture content of the soil, and snowfall frequency can all affect the amount of snowmelt once the temperatures rise.

For example, if there is little to no rain in the months leading up to heavy snowfall, the soils will dry out and absorb more of the moisture available from melting snow, leaving less available to runoff into local streams and rivers. Another factor to consider is the structure of the snow itself and how much moisture is contained within it. While dry snow or “powder” is great for skiing, it isn’t as beneficial for replenishing water supplies as wetter snow is. Also early snow tends to compact and melt slowly while late snow storms often melt quickly and run off quickly. Another critical consideration as average temperatures appear to be rising is that preciptitation in the mountains is increasingly coming in the form of rain which runs off quickly and fills reservoirs ahead of schedule.

Heavy winter storms seem to have a bittersweet undertone as they set in. These storms tend to cause stress on the livestock and those tending them. The storms can lead to difficulties maintaining ranch roads, problems keeping sufficient water for livestock, and a need for increased feed so livestock can keep their energy inputs and outputs on a level field. So, it is understandable when agriculturalists grit their teeth while listening to a meteorologist predict over a foot of snow and bitter cold winds coming after the first of the year! But those involved in agriculture know that success in this industry requires always looking to the future and not letting the difficulties deter us. Those who have lived through a drought with poor snowpack know that the alternative is much worse than the headaches caused by a tough winter.

The next time you are driving through the country and see cattle grazing sweet clover in full bloom and a pivot making its way over a field of barley, remember that it is a result of mother nature and the resilience of hard-handed agriculturalists. 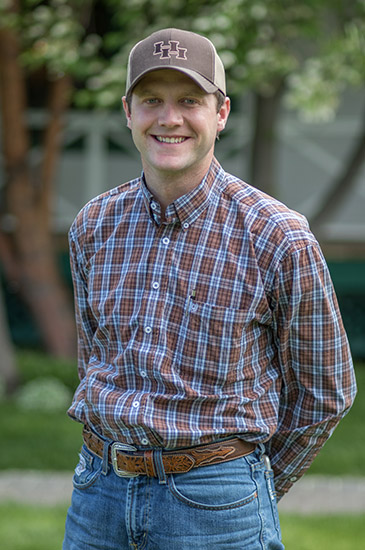 Have questions about managing your farm or ranch? Fill out the form below to speak with a member of our management group