Mark received his real estate license in 2012 and joined Hall and Hall in 2018. A lifelong resident of Cherry County, Nebraska, which lies in the heart of the renowned Sandhills cattle raising country, Mark received his BS degree from the University of Nebraska in 1995 and then returned to the family ranch. He is currently the owner of the Thirteen Bar Ranch near Valentine, Nebraska, which has been in the family since 1888. Mark has 20 plus years of experience in farming, ranching, land development and is an avid outdoorsman. In addition to his home state, Mark has been involved in agricultural and recreational properties in several neighboring states.

The Frost Ranch is an all contiguous year-round ranch located in the middle of the Nebraska Sandhills. Utilizing electric fences, the ranch can optimize rotational grazing across the ranch through the summer months and produce an abundance of hay from the sub-irrigated meadows for winter feeding. Nice ranch improvements include houses, barns, corrals and machine shop.

The Frost Ranch is all contiguous and located in the middle of the Nebraska Sandhills. It is used primarily as a cow/calf operation but could easily run yearlings. The ranch is fenced into several different pastures utilizing electric interior fences to control the summer grazing. Water on the ranch may be one of its best attributes with several free flowing wells that require no pumping. There are also many solar wells, pipelines and a few windmills. Perhaps the second best attribute of the ranch is the sub-irrigated meadows that stretch across the ranch. Production of hay from the meadows can range up to 4,500 large bales and grazing on the meadows from after growth is great for cows or weaned calves. Past use of the ranch includes over 600 cow/calf pairs run year-round.

The Frost Ranch guarantees three critical ingredients that make up any great ranch; water, hay and grass. Set up to rotate cows through the summer months, the ranch can accommodate a large number of cows through the summer and the wet meadows can easily provide more than enough winter feed for the winter months. The owner indicates the ranch can easily run over 600 cows year-round.

The Frost Ranch is located approximately 21 miles southeast of Bassett, NE or 15 miles south of Newport in Rock County with the east end of the property in Holt County. Bassett and Newport are located on US Highway 20.

Rock County is home to the City of Bassett and the smaller town of Newport, with a combined population of 1,526 people. Bassett is the county seat of Rock County and is located in North-Central Nebraska in the highly regarded Nebraska Sandhills. US Highways 20 and 183 intersect in Bassett, and Nebraska Highway 7 extends from Bassett to the north through a very scenic area of the Niobrara River. Bassett is 43 miles from the South Dakota border, 240 miles northwest of Omaha, NE and 460 miles northeast of Denver, CO. This is an area of good sized cattle ranches that often stay in the same families for many generations.

Average precipitation is 24 inches per year and the average snowfall is 39 inches. High temperatures are around 85 degrees and lows in January are around 13 degrees.

The memory of renowned poet Robert Frost (1874-1963) lives on in the Frost Ranch owned by the famous poet’s great grandson. Robert Frost is better known for his portraits of life in New England. Great grandson born Prescott Frost Wilber grew up in New England, but later made his way west by way of a family farm in Illinois, which he converted to organic production, to the Nebraska Sandhills where he established a grass-fed beef operation using Red Angus and Murray Grey breeds. He loved the natural systems where the rich native grasses of western Nebraska were seamlessly converted to healthy edible protein. His concept was to go direct to the consumer with his beef - avoiding the middle man. The Frost Ranch is ideally suited for this concept.

There are two homes on the ranch as well as a small cabin located near Pony Lake, which is a large publicly accessible lake adjacent to the ranch. The primary house is a 2,500± square foot ranch-style house with an adjacent smaller bunk house/guest house. The shop is a 2009 Morton (54’ X 83’) with cement floor and the calving shed/horse barn is a 2009 Morton (36’ X 75’). There are two sets of all steel corrals. Windbreaks and natural protection provide shelter from winter winds.

Pony Lake Grade School is adjacent to the ranch and from the latest information has one teacher and five students in kindergarten through fifth grade. Rock County High School and Bassett Grade School are both located in Bassett.

Any mineral rights owned by Seller will convey to Buyer.

The Sandhills region is the largest remaining tract of mid and tall grass prairie in North America. Mule deer and white tail deer populate the area along with ducks and geese which utilize many of the lakes scattered across the Sandhills. Pheasants, grouse and sage hens are also found in the area. The Cowboy Trail, one of the country’s longest rail-trails stretches nearly 205 miles and passes through Basset on its way to Valentine, NE where it crosses over the Niobrara River on a dramatic quarter mile trestle, 150 feet above the river. 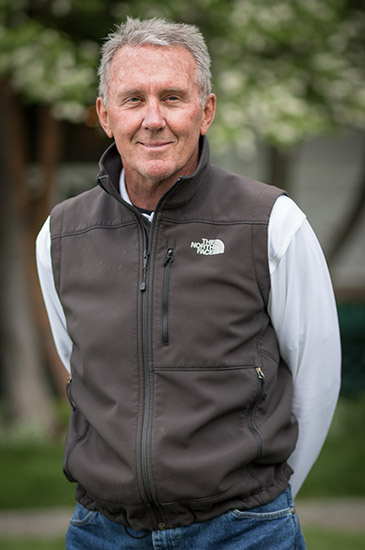 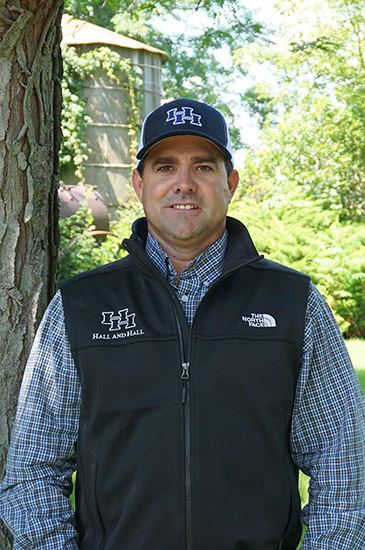 The McCord Ranch consists of 1,342± deeded acres located in Jefferson County, Nebraska. The ranch is highlighted by Rose Creek and includes 254.83 acres of tillable farm ground and over 1,000± acres of native pasture with timbered draws, dams, and springs.