Postill Creek Ranch is ideal for someone looking for a beautiful and remote escape. These lands are suited well for siting a small residence built either off-grid or connected to the utility which is located a short distance away. Recreational pursuits are abundant, as is the endless exploration of one of the west’s most scenic and unpopulated regions. This is a true mountain retreat.

Tim began working in ranch real estate in 1999.  Born and raised in southeast Iowa, Tim moved to Bozeman, Montana in 1991 enamored by the landscape of the Northern Rockies.  An avid outdoorsman, he can often be found fly-fishing, bow hunting, alpine skiing, pursuing upland birds and waterfowl with his bird dogs whom are also often companions on ranch tours.  Tim holds brokerage licenses in Montana and Wyoming and although the Greater Yellowstone Region is effectively his “backyard”, he equally enjoys the huge expanse of prairie and smaller mountain ranges that make this part of the west so unique.  Tim is quite familiar with the region and well versed on how these ranches operate and how that may dovetail to a new owners needs and desires.  Particularly, Tim has a strong base knowledge of aquatic development and wildlife management which he enjoys sharing with clients.  He is a skilled photographer which naturally is supported in his career.  Tim and his family continue to live in Bozeman and enjoy every aspect of the mountain community.

Postill Creek Ranch is a 933± acre mountain retreat located on the northeastern flank of the Highwood Mountains in central Montana. The Highwood Mountains are an island mountain range rising above a prairie ecosystem with fertile farmlands to over 7,600 feet in elevation. The ranch is a foothill landscape with conifer-covered ridges, rock formations, large stands of aspens, grass valleys, and the spring-fed Postill Creek flowing through the southern portion of the property. The lands are scenic and private. Elk and mule deer are commonly found on the deeded lands as well as the adjacent national forest, which lies contiguous along the southern boundary. The ranch has served as a summer grazing unit and outfitters camp for the current owners. It is an ideal property to build a cabin for enjoying the solitude and recreational pursuits of the region.

As one approaches the region, the stark contrast of the rising island of mountains is apparent against the prairie landscape. Two large flat-top buttes to the east can be viewed for dozens of miles. Spiny remnant reefs eroded over the millenniums from an era when an inland sea covered the lands are obvious. A land feature known as the Shonkin Sag is a fluvioglacial event that occurred 15,000 years ago as glacial meltwater altered the Missouri River channel causing it to pass through the area depositing rich sediment which today serves as outstanding farmland and rich grasses.

The ranch is approached generally from the north. A lightly traveled county road courses along Shonkin Creek providing access to the ranch through a private easement and a narrow entry adjacent to the national forest. Upon entering a private access gate, one travels easterly along Postill Creek as the narrow riparian area climbs and opens into a scenic basin. A large timbered mountain rises to the north demarcating the ranch’s northern boundary. Timber gives way to spring-fed coulees with large stands of aspen trees as it transitions into rolling grasslands through the heart of the property. A large saddle is prominent to the east and generally identifies the eastern boundary. The center of the ranch includes stands of grass, aspen, and alpine shrubs. Springs flow and collect providing stock water before pouring into the spring-fed Postill Creek which emerges from the timber originating in the national forest and entering the ranch from the south. Postill Creek forms an idyllic small riparian area with cottonwood’s and dogwood shrubs protecting this resource. Heavier stands of conifer rise out of the deeded lands into the national forest to the south broken by intermittent alpine meadows that extend through the 1,800 square mile block of public land to which the ranch lies contiguous. It is an incredible habitat for elk, deer, and black bear.

Although there are no existing structures on the lands, there are multiple quality building sites located throughout the ranch that offer outstanding views and water. Postill Creek Ranch seems best suited for the construction of a small residence or cabin. Access is a bit seasonal unless an owner wanted to invest in making it fully accessible with snow removal equipment. This is more of a “mountain getaway” than a “headquarters” type of property.

Postill Creek Ranch is ideal for someone looking for a beautiful and remote escape. These lands are suited well for siting a small residence built either off-grid or connected to the utility which is located a short distance away. Recreational pursuits are abundant, as is the endless exploration of one of the west’s most scenic and unpopulated regions. This is a true mountain retreat.

The ranch is located approximately 52 miles east of Great Falls. A short distance east resides the small community of Geraldine, while Fort Benton lies to the north along the banks of the Missouri River. The ranch is accessed by Shonkin Road, which is a graveled county road that extends north to south through the heart of the Highwood Mountains. Great Falls (pop. 58,434) is the primary hub of northcentral Montana. Great Falls International Airport hosts services from Alaska, Allegiant, Delta, and United Airlines with direct flights from Seattle, Las Vegas, Phoenix, Minneapolis, and Denver. Geraldine has a small paved airstrip (5U8) capable of accommodating small private aircraft. Similarly, Fort Benton Airport (79S) has a higher quality beacon lit strip and also accommodates small private aircraft.

The region is typical rural farming and ranching operations with small servicing communities. Aside from Great Falls, the population density is quite low with the economy driven by cattle ranching and small grain farming operations. The area was settled in the mid-1840s by fur traders using the shipping route of the Missouri River at Fort Benton (pop. 1,464).  Once a bustling hub where river navigations transitioned to overland along the 650-mile-long Mullan Trail which led travelers to the Columbia River, the advent of the rail caused a pause to the advance of commerce of the area.

Today, the local economy is substantially driven by agriculture supplemented by outfitting, logging, and other small-scale businesses. Landownership in this region is generational, and the ethic of land stewardship is inherent. With no influence from the resorts and university towns of SW Montana, the region remains slow-paced and real. The rural culture dictates that being a good neighbor is essential.

Central Montana is removed from the more popular region of southwest Montana where a higher population density and attraction to the resort/mountain communities and Yellowstone Park command a more populated experience. One can find solitude in exploring the mountains throughout the Highwoods where the ranch resides, as well as the nearby Little Belt Mountains to the south and the abyss of public lands surrounding the Missouri River corridor known as the Missouri River Breaks. The experiences are expansive and explored by auto, foot, horse, or ATV. The attractiveness of this region is that not only is the landscape enormous, but also generally devoid of people.

Coldwater trout fisheries are distant from the ranch. However, Postill Creek (although diminutive) hosts a sustainable population of Brook trout which may be quite abundant. Nearby warm water fishing is nothing short of world-class on the Missouri River system and the remote impoundment, Fort Peck Reservoir. Here, giant walleye, smallmouth bass, pike, and landlocked salmon are commonly caught.

Perhaps the highlight of the region recreationally is the hunting. The quality of animals and their abundance is remarkable. The Highwood Mountain Range, coupled with the surrounding prairie and farming landscape, is a perfect habitat for mule deer, whitetail, antelope, elk, and upland birds. Food, habitat, and genetics combine to prove this region as a contender for producing some of the largest antlered animals in the state of Montana. Although there are a number of black bear and mountain lion throughout the region, wolves and grizzly bear remain unreported. Hunting in the absence of grizzlies has become more of a challenge in the state of Montana in recent times.

The Highwoods lies within Montana Hunt District 447. Archery season generally begins in early September and extends to mid-October. Rifle season begins around the end of October and extends towards the end of November with antelope season beginning in early October. Mule deer and whitetail are available to harvest without a special permit. The elk are governed through a permit drawing. There are roughly 3,700 archery tags given out for a wide region including HD 447. One hundred general season (rifle) tags are given out specific to HD 447. This, in part, ensures the quality of large bull elk in this unit. Applications are generally submitted by mid-March of any given year in advance of the season. Interested parties should consult with Montana Fish, Wildlife and Parks for further details.

The property is adequately fenced for a seasonal livestock grazing operation. Ideally, this is accomplished with a lease arrangement with the adjacent landowner. Management to date has emphasized using cattle on the lands to manage the grasses and keep the wildlife abundant. Typically, 200 pairs are brought into the lands during the summer months and left in for a month to intensively graze for a short duration. Usually, numbers are dictated by annual conditions, and often the pasture is rested on any given year. 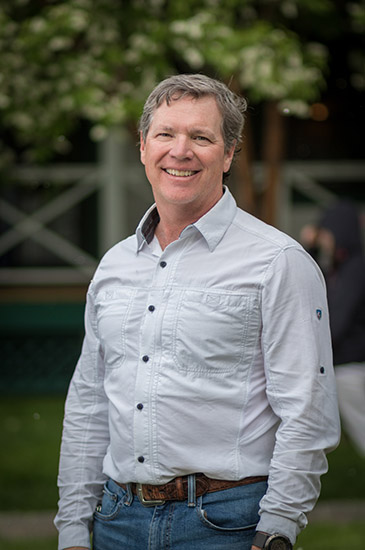 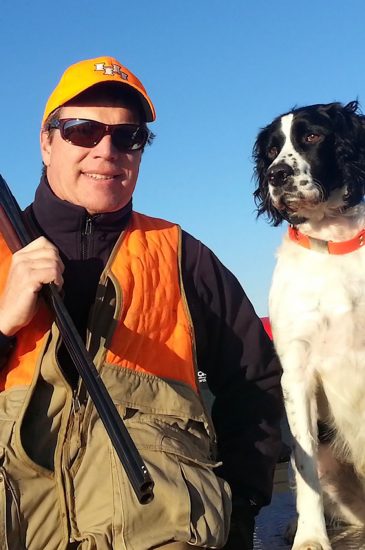