Progressive Cattleman: Why a Family Ranch Might Actually be an Investment

Texas ranch broker Tyler Jacobs was recently featured in a Progressive Cattleman article written by Cassidy Woolsey entitled, “Why your family ranch might actually be an investment.”

At the Texas Southwestern Cattle Raisers Association Convention in Fort Worth in March, Jacobs explained the difference between managing a production asset and an investment. Jacobs said while every rancher may dream of passing down the family business to the next generation, only the smallest percentage of today’s ranches are true legacy holdings that will never sell.

Here is an excerpt:

“Some of you are managing millions and millions of dollars of an asset, and most people don’t consider the disposition of that asset until it’s too late,” Jacobs said. “I don’t think anyone wants to wake up one day and say, ‘Hey, I don’t want to do this anymore. I think I am going to sell it.’ The reality is relationships collide, and the ranch has to be sold. For that reason, you are in the real estate business.”

Jacobs pointed out that in any other industry or cultural circumstance, the amount of wealth tied up in ranches would be managed by someone else. And because all ranches will have to change ownership at some point – either by warranty deed or successorship – Jacobs said ranchers need to know if they are managing their wealth for the reality of the future.

One way to do this, he said, is to “ask yourself, ‘what would the ranch bring if I just rented it to my neighbor?’ It will help you know how good of an asset manager you are. If you can’t generate a return more than what your neighbor would pay you, you’re probably paddling the wrong way down stream.” The less income a ranch can generate, the more susceptible it is to being sold, as it is a financial burden to operate.

With years of real estate under their belt, Jacobs and Yeates have seen some common mistakes when it comes to managing the value of ranches. To keep other producers from making the same mistakes, they outlined the following:

Overcapitalizing – Jacobs shared an example of a client that had an embryo transfer facility built on their ranch at great expense. Unfortunately, the facility ended up being a turnoff for many buyers, and it became difficult for the owners to recapture its value. At the end of the day, the individual who bought the ranch only wanted it for hunting.

Undercapitalization – Similarly, if money isn’t put into the ranch, it can lose its value and appeal to many buyers. Jacobs said the majority of ranch buyers today are first-time, often wealthy, ranchers, and if it isn’t in tiptop shape, they won’t deal with it. Maintenance of brush, fencing, and roads are the worst offenders.

Stock farming – Stock farming is an example of hyperspecialization that does affect the future value of the ranch. Rotational grazing systems are typically designed to fit one producer’s type of management and isn’t easily transferred to another’s. This form of management would be what Jacobs and Yeates refer to as a “production asset,” not as a future investment for the value of the property.

The heavy metal trap – There has only been one time in Jacobs career when he thought the seller got out good with the heavy metal. Other than that, things such as hay balers, processing facilities, barns, etc. should be kept to a minimum and frequently cleaned up.

Water development – In Jacobs’ and Yeates’ opinion, water is always a good investment. Ponds, lakes, water wells and water distribution systems are all things that add value. Currently, the market suggests anywhere from a $2,000 to $12,000 per surface acre of added value. “I say make the whole ranch water,” Yeates quipped.

Hyperfocused systems – As mentioned earlier in stock farming, Yeates cautioned producers about being too specialized. Mentioning high fences as an example, he said they may hold up well, but the chances of finding someone who will pay for those fences are slim. “You have to be careful with those types of improvements,” he said.

Tenant depreciation – If any of the ranch is leased, landowners need to make sure it’s in good shape. Yeates said a lot of the time, landowners would be better off if they would take less money and get a better tenant on the property. Make sure your lease requires your tenant to be a steward of the ranch.

One-dimensional – Yeats believes the best ranches are the ones that have good hunting and good cattle. “If you’re stuck on one side or the other, you’re going to get in trouble,” Yeates said. A one-dimensional ranch will be stuck with a one-dimensional buyer, which means less value.

Most ranchers, if not all, have a dream of what the future of their ranch holds. Rarely does it include nonfamily ownership. However, both Jacobs and Yeates can attest that making decisions for the future of the ranch is more than successorship, it’s how the asset is managed for either outcome. end mark 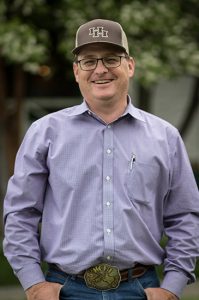