Trent came to Hall and Hall in the spring of 2003 after spending eight years with The Idaho Nature Conservancy where, as Lands Program Director, he was responsible for overseeing the chapter’s real estate activity around the state. Trent also served as the Conservancy’s field representative for central Idaho where he worked with local communities and landowners to preserve working ranchlands and resolve natural resource conflicts. He became a partner of Hall and Hall in March 2004 and holds real estate licenses in Idaho, Montana, Oregon, Nevada, North Carolina, South Carolina, and Virginia. A native of Virginia, Trent graduated from Woodberry Forest School and earned his Bachelor of Arts degree in history from Hampden-Sydney College. Trent and his wife, Cecile, moved west to Idaho in 1994. Enjoyment of the outdoors is evident in Trent’s dedication to fly-fishing and upland bird hunting. Trent maintains strong ties to the southeast and is a trustee of The Duke Endowment based in Charlotte, NC and a committee member of the Josiah Charles Trent Memorial Foundation in Durham, NC. He is a current board member of the Idaho Rural Health Association and past president of the board of directors for the Wood River Land Trust and was an original board member of the Blaine County Land, Water, and Wildlife Program. Trent and Cecile have two children, a son Parker and a daughter Airey.

Back to List
61 Photos View Interactive Map Save Property

The 124± acre Copper Basin Ranch is an undeveloped national forest inholding located approximately 25 miles northeast of the resort community of Ketchum/Sun Valley over Trail Creek Pass and 40 miles from Mackay via Trail Creek Road and US Highway 93. The East Fork of the Big Lost River, a beautiful mid-sized freestone stream, flows for over a mile through the property providing outstanding trout fishing throughout its length. Star Hope and Wildhorse Creeks (two of the East Fork's main tributaries), along with the North Fork of the Big Lost and main stem Big Lost, are only a short distance away from the property and offer additional high-quality, easily accessible fishing opportunities. The remnant structures of a former homestead are the only improvements on the ranch. With a level, valley bottom topography, there are excellent building sites that offer enchanting views of the river and the surrounding peaks of the Pioneer and White Knob Mountains. Big Rocky Canyon opens onto the north side of the ranch and provides private access to the adjacent high country. The Salmon-Challis National Forest surrounds the ranch and offers miles of hiking, horseback riding, and big game hunting. Wildlife in the East Fork Valley includes elk, mule deer, moose, antelope, mountain goats, and upland game birds. 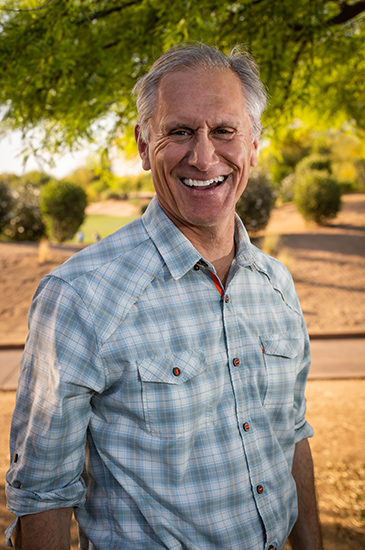 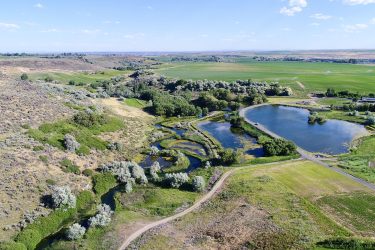 Landmark duck hunting and spring creek trout fishing ranch with 703± acres located in the heart of the Hagerman Valley, the most prolific waterfowl area in the western US. 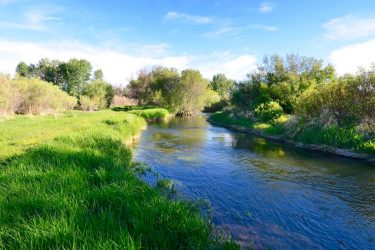 Wonderful sporting and lifestyle ranch featuring 474± deeded acres and a half-mile of fabled Silver Creek with some of the largest trout in the system. 45 minutes from Ketchum/Sun Valley. 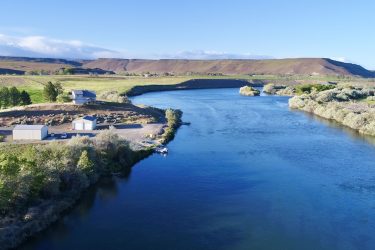 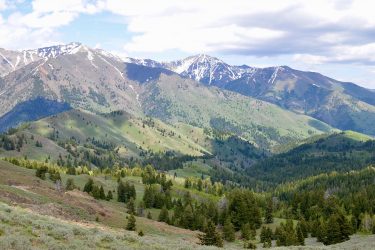 Located 45 miles from Sun Valley, this expansive agricultural, conservation, and wildlife property encompasses an operating footprint of 825,000± acres with 24,108± deeded acres and over 800,000 acres in grazing leases and permits.