Crazy Mountains View Ranch is a value in today’s market for working ranches in the desirable Yellowstone River Valley between Billings and Bozeman. The ranch is easily accessed from Montana’s leading transportation and retail centers and offers a broad range of exceptional recreational opportunities both on and nearby the ranch in a beautiful area of southern Montana surrounded by towering peaks and trout-filled river courses.

B Elfland grew up in Chapel Hill, North Carolina. In 1988, he graduated from the University of North Carolina with a degree in Business Administration. He then moved to Colorado and began a nine-year career in the ranch and resort industries. His admiration for the wide-open spaces and the abundance of recreational opportunities in Montana inspired his move in 1997. After farming and ranching in central Montana, B settled in the Bozeman area and guided fly fishermen on southwest Montana’s renowned waters for seven years. He was licensed in real estate sales in 1999 and is currently a licensed broker in Montana and Wyoming. His lifelong recreational interests and professional background in ranching and the resort industries naturally led to a real estate focus in ranch and recreational properties. B treasures the time spent with his family on their small ranch and home along the Madison River. He is also an avid outdoorsman and enjoys backcountry adventures and hunting and fishing throughout Montana.

Crazy Mountains View Ranch extends for over three miles south of Interstate 90 just 29 miles east of the town of Big Timber. The ranch’s 3,970± acres (3,330± deeded and 640± state lease) lie in the Schoolhouse Creek drainage and are predominantly productive rangeland, which benefits from the area’s higher than average precipitation. The ranch's structural improvements include a calving barn, corrals, and livestock facilities that support a 160-head cattle operation. There are numerous potential building sites that take advantage of the expansive views and have power available. The varied terrain and pockets of evergreens located in the draws and north-facing slopes provide diversity to the landscape as well as habitat for trophy elk and other game animals. The distant views of the Beartooth Front to the southwest and the Crazy Mountain Range to the northwest provide a dramatic, often snowcapped backdrop to the rolling landscape. Crazy Mountains View Ranch offers a viable livestock operation, and strong wildlife amenities, with convenient access to Billings, Bozeman, and the smaller communities of Big Timber and Columbus along the Yellowstone River Valley.

• Owner-rated at 160 animal unit year-round capacity, or 200 animal units if hay is purchased

• Less than a mile from the Yellowstone River, and convenient to skiing in Red Lodge

The Crazy Mountains View Ranch is a large, contiguous, productive grass ranch with convenient access to Billings, Bozeman, and the amenities of southwest Montana. The owner estimated at 200 pair grazing capacity and 160 pairs on a year-round basis, the ranch provides a rare opportunity for livestock producers looking in this area at this price point. A ranch access exit off Interstate 90 leads to the north end of the property, where the calving barn, corrals, and working facilities are conveniently located. From there the ranch spans approximately three miles south and four miles west along the Schoolhouse Creek drainage. The topography is primarily rolling with a variety of open grassland, dryland hay or improved pasture, and timbered coulees and draws. From the hilltops the views are expansive and dramatic with the craggy peaks of the Absaroka-Beartooth mountain ranges to the south and the rugged Crazy Mountains to the west. There are numerous potential building sites with available power.

Crazy Mountains View Ranch is a value in today’s market for working ranches in the desirable Yellowstone River Valley between Billings and Bozeman. The ranch is easily accessed from Montana’s leading transportation and retail centers and offers a broad range of exceptional recreational opportunities both on and nearby the ranch in a beautiful area of southern Montana surrounded by towering peaks and trout-filled river courses.

The Billings Logan International Airport is a 60-mile drive east of the ranch and is the second most active airport in Montana. Its airlines include Allegiant, Delta/Delta Connection, Alaska/Horizon, Cape Air, and United/United Express with daily non-stop service to many US and Montana cities. Edwards Jet Center is a high-quality FBO that handles private aircraft.

Private aircraft up to the size of small jets are accommodated at the Big Timber Airport or the Woltermann Memorial Airport in Columbus.

The ranch’s location in the valley places it between two significant tributaries of the Yellowstone, the Boulder and Stillwater rivers, which originate in the Absaroka-Beartooth Mountains and flow north to join the Yellowstone. The snow-capped Beartooths and Absarokas lie to the south and the Crazy Mountains to the west.

The nearest town is the tiny community of Reed Point, which lies on the Banks of the Yellowstone River and is the home of the Great Montana Sheep Drive each Labor Day weekend. Columbus is 12 miles to the east and is a full-service community with a population of approximately 1,900. Columbus serves as a gateway to Yellowstone National Park, the Absaroka-Beartooth Mountains, and the Beartooth Highway, which is one of the most scenic routes in Montana.

Big Timber is on the south side of the river 29 miles west of the ranch. Big Timber is a small agricultural town with a variety of overtones related to fishing, hunting, and outdoor recreation that has attracted absentee owners. The Grand Hotel on the National Register of Historic Places with its attractive rooms, bar, and gourmet restaurant brings many travelers off the highway and acts as a social center for many of the area residents.

The structural improvements include a 1996, 32X98 (per Montana cadastral records) metal calving barn and new corrals. There is a well at the barn that services four stock tanks in the corrals. Additional wells, pipelines, and stock tanks are developed throughout the ranch. There are no residential structures. A new owner could select from numerous sites that have power nearby and offer outstanding views of the surrounding mountains.

The ranch has extensive stock water development in addition to Schoolhouse Creek and a man-made pond that distribute livestock and support resident wildlife. There are approximately eleven drilled wells, four of which are powered by generators, and eight springs on the ranch. One well has a pipeline that feeds a storage tank. The spring-fed pond is in a very picturesque location, flanked by a timbered ridge and is an attractive spot for elk and other wildlife.

Crazy Mountains View Ranch is home to an array of wildlife. Elk are regular residents on the ranch for most of the year. As many as 200 head have been seen on the ranch, with typically huntable populations during the fall archery and rifle seasons. The area is known for producing trophy quality bulls, and a 360” class bull was harvested in 2016. The trophy quality in the area is maintained because the elk roam across private lands with little to no public access and tags for branch antlered bulls are limited by special drawing.

Mule deer inhabit the hills and irrigated meadows in good numbers. Whitetail deer and Pronghorn antelope are also found on the ranch. Wild turkeys are commonly seen strutting on the ranch during the spring season. Upland game bird species include Hungarian partridge and sharptail grouse, which find the combination of hills, native range, and hay meadows to be excellent habitat.

The Stillwater River (approximately 12 miles east) is a spectacularly beautiful and productive trout stream. It is ideal for wading or floating on the lower reaches. As you travel upstream, the various tributaries, provide substantial but intimate wade fishing opportunities. The Boulder River (approximately 29 miles west) is aptly named for its rocky bottom and is a classic freestone trout stream known for its pocket water fishing. The Boulder is primarily a wade fishery but is floatable during high water, primarily by raft.

Approximately one hour from the ranch at the upper end of the Stillwater Valley is the active resort town of Red Lodge. Located at the base of Montana’s highest mountain peaks, Red Lodge is the gateway to Yellowstone Park via the spectacular Beartooth Highway. Red Lodge Mountain offers tremendous skiing with great snow, no lift lines, and a relaxed atmosphere in a gorgeous setting. The full spectrum of winter sports, including snowmobiling and cross-country skiing, is available in the nearby mountains.

This part of south-central Montana was initially settled by homesteaders of Norwegian descent in the late 1800s. They came with farming in mind, but those who stayed soon adapted to utilize the native rangelands for sheep grazing. Today, raising cattle has become the business of choice for the mixed prairie grass ranges of the area. The current owner runs approximately 240 cow-calf pairs for seven months. Under the current management plan, there is no hay produced on the ranch. The owner rates the ranch at 160 head year-round if hay is produced on the ranch.

There are approximately 300± acres that have historically been hayed, and the owner has elected to hay some of these fields in the past. Two of those fields were recently seeded in 2016 to a grass mix, and one of those fields is a grass/alfalfa mix. 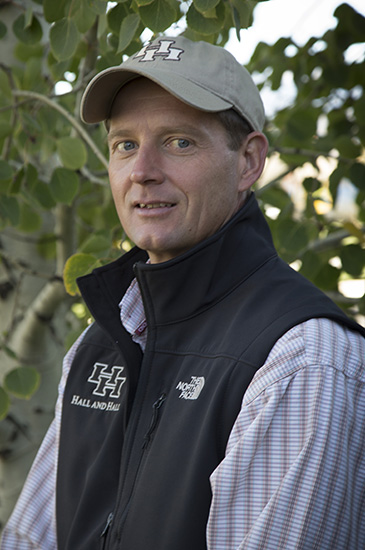 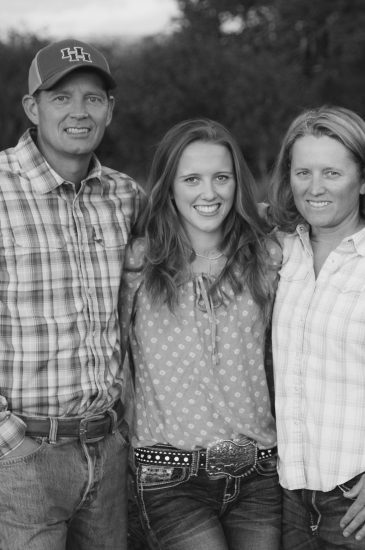