Dave has been a licensed and practicing real estate broker for 43 years, the past 29 with Hall and Hall. He represents buyers and sellers in multiple western states. Dave is a private pilot and an avid outdoorsman — enjoying big game hunting, horse trail riding, wing shooting, and fishing. He is a certified Montana Master Hunter. He is also a dedicated husband and proud father of two adult children. Born in the Middle East, where his father worked in the oil industry, Dave was raised in small towns in northern California’s central and coastal valleys from age seven . Dave graduated from the University of California, Davis, with a B.S. in Agricultural Economics. Subsequently, he brokered commercial real estate for a dozen years in the Silicon Valley. In 1992, he joined Hall and Hall. Recently Dave helped direct the Gallatin Valley Land Trust for six years, two of those as its President. He is also a past Director and President of his local church.

"One of a Kind Valley Ranch" - This 23,278 deeded acre farm/ranch also offers about 17,974 acres of leased lands to include BLM, State, Private and some Reservation leases.

Presently there are about 6,700 acres enrolled in CRP (Contract Reserve Program) which brings in a total annual payment of about $147,000. 3 of these contract have been re-enrolled for 10 more years and 2 of the smaller ones for 5 years. There are about 750 acres presently being farmed and the balance is in grazing.

Present owners lease the ranch to two local operators, and the lease, including the CRP income brings in about $240,000 per year. The operators maintain the CRP fences. In the event you are looking for an investment of this type and have interest in being an absentee owner, there is a very good chance that the present operators would continue leasing the property. The operators leasing the ranch presently pay the taxes and State. BLM, reservation and private leases for grazing.

This is a diverse agricultural operation with dryland crop, native range and creek bottom all being a part of the operation. This Farm/Ranch combination lies about 19 miles north of Glasgow, Montana. Glasgow offers all of the necessities and conveniences including three machinery dealers, a good hospital and clinic, several grocery stores, hardware stores, craft and clothing stores. Glasgow is the County Seat of Valley County and has a population of approximately 3,500 people based on the 2000 census data.

The ranch is accessed from a paved highway and the headquarters is approximately two miles off of the asphalt on an all weather road. The frame house was built new in 1981 and was completely remodeled in 1994 then additional upgrades including new paint were in 2005. It is a comfortable split level home and features about 1,132 square feet of living space and a full finished basement. It has oak cabinets in the kitchen and all oak trim. This is a very comfortable home.

I would challenge anyone to show me a better sharptail grouse area anywhere, with CRP and small grains adjacent to the live creek and brushy side coulees to provide a full menu for the birds and year around protection. You will find several dancing grounds along several miles of this creek. This can be verified by visiting with the Biologists with the Fish, Wildlife and Parks. We can provide referrals.

There are four bedrooms and a large attached garage. The home and deck overlook the Porcupine Creek Valley and a nice reservoir below.

The buildings are watered from what is known as Olson Spring. This spring has produced for many years and is good water. People use to come with horse and buggy to haul water from here years ago.

The ranch has excellent water rights. Porcupine Creek runs the full length of the property for about 23 miles total, making this a great property for hunting and fishing as well. There is an abundance of hunting of whitetail deer on the creek, mule deer in the breaks as well as antelope and upland game birds. Sharptail Grouse are a favorite on this ranch. The area along the creek is wet range area with excellent production due to the high water table.

Owner states that this ranch will run 550-600 cows year around with the additional grazing in the fall of the year from the stubble fields.

The ranch is fenced and crossfenced to include almost 59 miles of fence total. The fences are predominately four and five wire and are in good repair.

This farm/ranch has it all! It has good access, a large crop base, recreation, water rights, good grass and a good set of improvements! 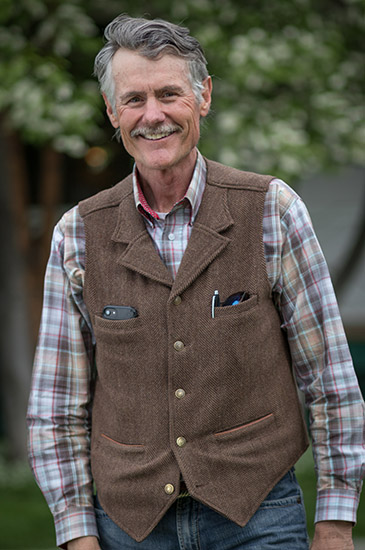 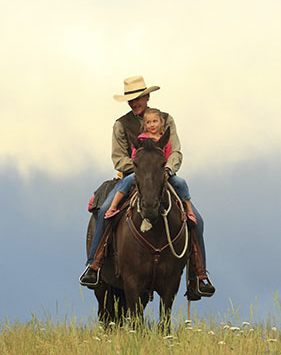